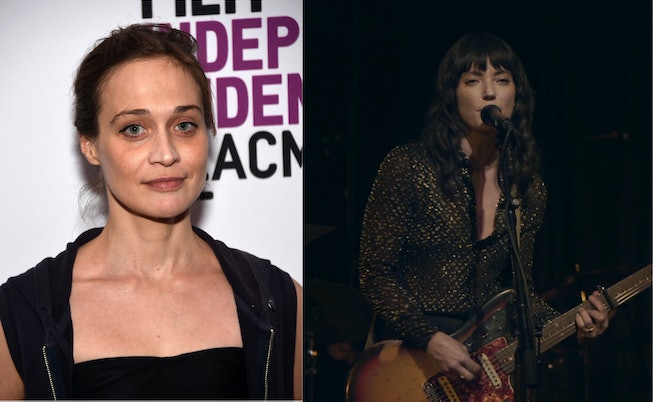 L: Photo by Amanda Edwards/WireImage; R: Courtesy of the artist

On Fiona Apple’s Fetch The Bolt Cutters, her first album since 2012, the elusive singer-songwriter pounded on walls, floors, and other miscellaneous objects around her Venice Beach home to create the dynamic sounds that brought the project to life. It seems she’s still in that mode of music-making as she employs the same tactic on her latest release, a gorgeous and dynamic cover of Sharon Van Etten’s “Love More.”

Whereas lush string harmonies formed the backbone of Van Etten’s original track, Apple’s opted to replace that with the rhythmic patter of her own hands. Singing over the gentle percussion that sounds just like a playground clapping game, she weaves a captivating new outfit for Van Etten’s song, giving it an energetic second life.

Apple’s cover is a part of Van Etten’s epic Ten rerelease, a new double LP that features a selection of talented artists covering the original tracks from the singer-songwriter’s acclaimed debut, epic, which celebrated its ten year anniversary last September.

“Epic represents a crossroads for me as an artist — going from intern to artist at Ba Da Bing, from solo folk singer to playing with a band for the first time and beginning to play shows on tour where people showed up,” Van Etten said of the rerelease in a press statement. “Each one of these artists continue to influence my writing and provide a sense of camaraderie during this new era of sharing music.”