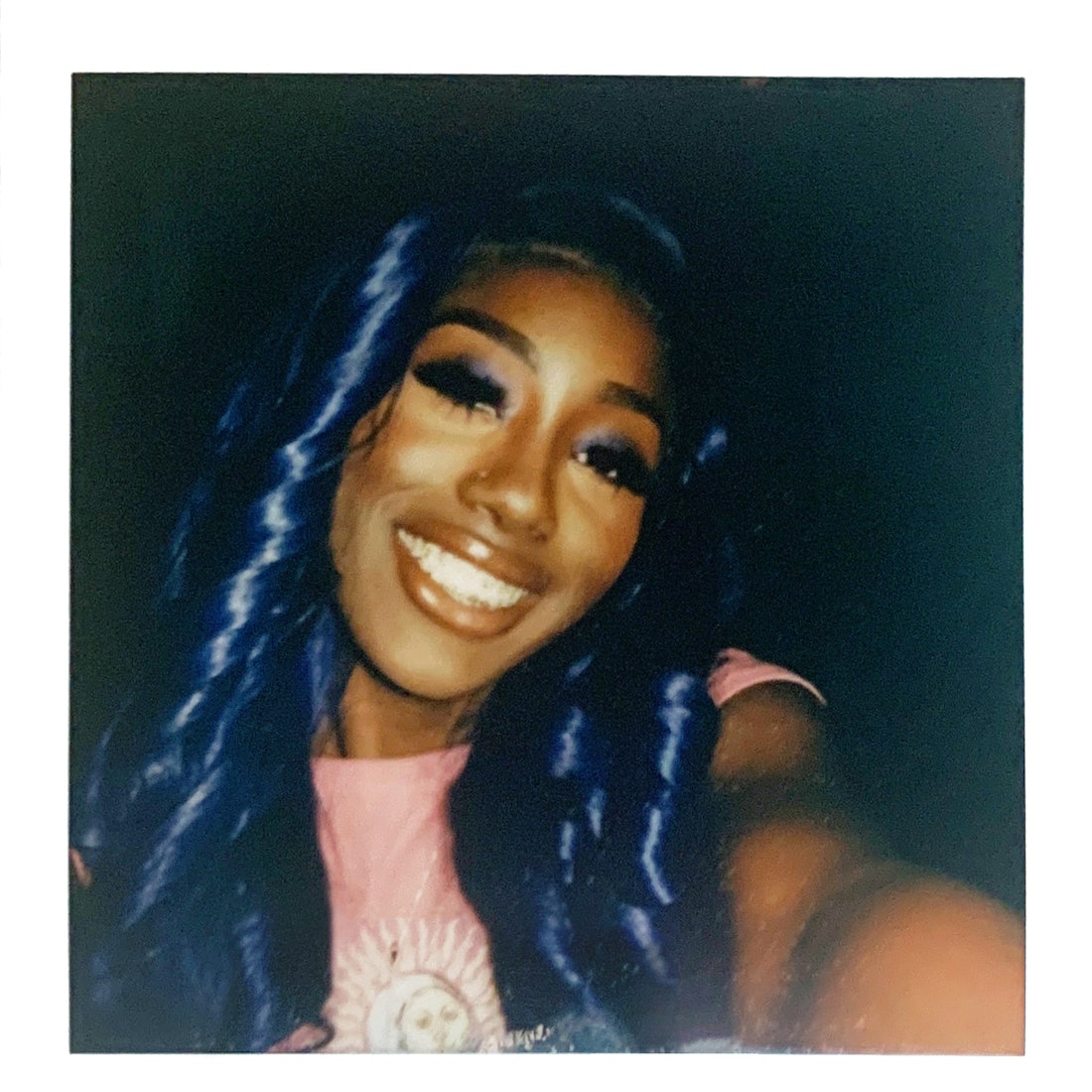 Flo Milli Is As Real As it Gets

“I am a mean person,” Flo Milli interjects. Halfway through a Zoom call, the 20-year-old rapper has a correction to make following a reference to a past XXL interview in which she was quoted as saying: “People think I’m mean. I’m very loving and I’m a good person.”

“I think they interviewed me when I was, like, 19,” Milli redresses now with a flip of her long, salon-quality curls. “Which was a whole year ago. Girl, that was old news. Now I'm a whole 'nother person. If you f*ck with me, you're just gonna have to get dealt with.”

If you’ve taken a spin of Ho, why is you here ?, Milli’s debut mixtape that dropped this past July, you might have already gathered as much. Over 12 colorful and brash rap songs, Milli lays out all the ways she’s better than you — her p*ssy puts spells on boys, she’s confident (a trait you lack), and her boy’s baby mama is her groupie, as she brags on the TikTok-viral “Beef FloMix” — while subsequently winning over the entire internet with what was quickly labeled as the bad b*tch project of the summer. It was also an exuberant and no-holds-barred introduction to a more-than-promising new artist. It didn’t hurt that its release on the same day as Taylor Swift’s folklore granted it another layer of mythology, as the internet generated countless memes about the two projects (one particularly salient video, depicting what it was like to switch between the two albums, showed a woman dressed to the nines in club-wear, gingerly tip-toeing through the high grasses of a field).

Weeks later, sitting in a spacious Atlanta hotel room and dressed in a pink-and-white halter top, Milli offers a simple explanation for all the hubbub. “I give them confidence and… they feel better listening to my music,” she states, plainly. “That was my whole goal with writing music: everybody goes through so much sh*t already. So, I just say sh*t that puts me in a good mood.”

Born Tamia Monique Carter in Mobile, Alabama, Milli grew up in a part of town that she describes as a little rough — “nothing but fights, robberies, all type of stuff like that” — before her mom eventually moved them to a nicer neighborhood. Her parents played “pretty much everything” in the house, and Milli remembers spending many evenings watching BET’s 106 & Park, learning from acts like OMG Girlz and Mindless Behavior. A precocious child, she remembers rapping in talent shows by the time she was in elementary school. By 11, she had formed a rap group with her friends called Pink Mafia (f.k.a. Real & Beautiful), though they disbanded a few years later, with Milli moving on without them.

During high school, rapping for Milli morphed from just a downtime activity to a crucial part of her identity and an outlet to channel her external struggles. “Literally, [Flo Milli] was an alter ego that I kind of created,” she says. “Even though I was pretty chill, it was like a lot of girls that didn't like me. It was a way for me to stay focused, to get all those emotions out. If I felt like girls wanted to beef with me and stuff, I wrote it down in the music.”

Incidentally, the first song Milli ever released, October 2018’s “Beef FloMix,” stemmed from a conflict she had with another female classmate (though, “It wasn't really a beef, she had beef with me,” she demurs). After previewing the track on Instagram and heeding the calls from her then-small fanbase to release it as an official song, she uploaded “Beef FloMix” to SoundCloud, where it sat at around 20,000 listens for about six months. Then TikTok found it. By April 2019, the anthem, which features Milli’s sweet-voiced flow over a playful Playboi Carti and Ethereal beat, had taken off, ultimately hitting No. 2 of Spotify’s Viral 50 chart, thanks to the hundreds of thousands of TikToks it had soundtracked.

“I heard of [TikTok] but I wasn't really familiar with the app,” Milli remembers of that time. “Once my song started blowing up, people was like, ‘Yeah she's going crazy on TikTok.’ And I'm like, ‘What is that?’ I then ended up getting on, and I love the app now.”

From there, Milli’s career has pretty much gone warp-speed. Her follow-up single, “In The Party,” with its taunting “La la la” hook, garnered a smaller, but still significant second TikTok wave. By the end of 2019, Milli had signed to RCA records. Seven months later, Ho, why is you here ? arrived.

It’s not difficult to understand the appeal of Milli’s music, especially considering she cheerfully punctuates many of her songs with a “Flo Milli Sh*t!” tag, a punch-in-the-face exclamation mark. As young as she is — or perhaps, because she’s so young — Milli has proven herself to be a clever but straightforward lyricist, with an ability to cast new light on already much-tread-upon themes. “D*cks up when I step in the party,” goes the vulgar yet exceedingly memorable opening line from “In The Party.” Coupled with exuberant production that pretty much demands one to start shaking their ass, Milli’s small but mighty discography makes for a potent and unforgettable entrance.

“[Flo Milli] represents everything that you wanna say but you don't say,” Milli posits with beaming confidence. “She's just that girl that's just gonna do whatever. That's not gonna take no bullsh*t, somebody that's very grounded and just about her sh*t and about her money. Everything that you would wanna be in a girl, pretty much.”

That’s one thing to know about Milli: she’s as real as it gets, and she’s certainly not afraid to tell it how it is. Occasionally, that signature trait also gets her in trouble. This past June, Milli cryptically tweeted “If anything happens to me my ex did it.” The message alarmed her fanbase, prompting increasingly dire speculation that quickly spiraled out of control. Though Milli swiftly deleted the tweet, and reassured her fans that she was OK, the situation had already grown legs of its own. Unassuaged by her reassurances of safety, her fans demanded that she go on IG live to prove she was OK. Milli eventually relented, later admonishing on Twitter that she has the most “loyal ass fans.”

“It was really annoying. I just wanted it to end,” Millie reflects over Zoom now. “I was like, ‘Oh my God, I'm over it now’ [...] It wasn't overwhelming or nothing, it was just like, ‘C'mon now. Y'all are doing too much.’” She acknowledges that she also partly holds responsibility, not realizing just how visible she’d become in such a short span of time. “I definitely realized that my presence is bigger than I thought,” she concedes. “[The experience] definitely opened my eyes up to the voice that I have, and like, learning how to use it in other ways and stuff.”

Entering the six-month mark of the pandemic, most of Milli’s fan interactions nowadays involve getting recognized while entering and exiting the hotel where she’s temporarily staying, shopping at the store, or going to Chick-Fil-A. Her Capricorn sun, meanwhile, is working hard, keeping her gaze firmly trained on the next achievement in the distance. Years ago, Milli told herself she’d be famous by 18.