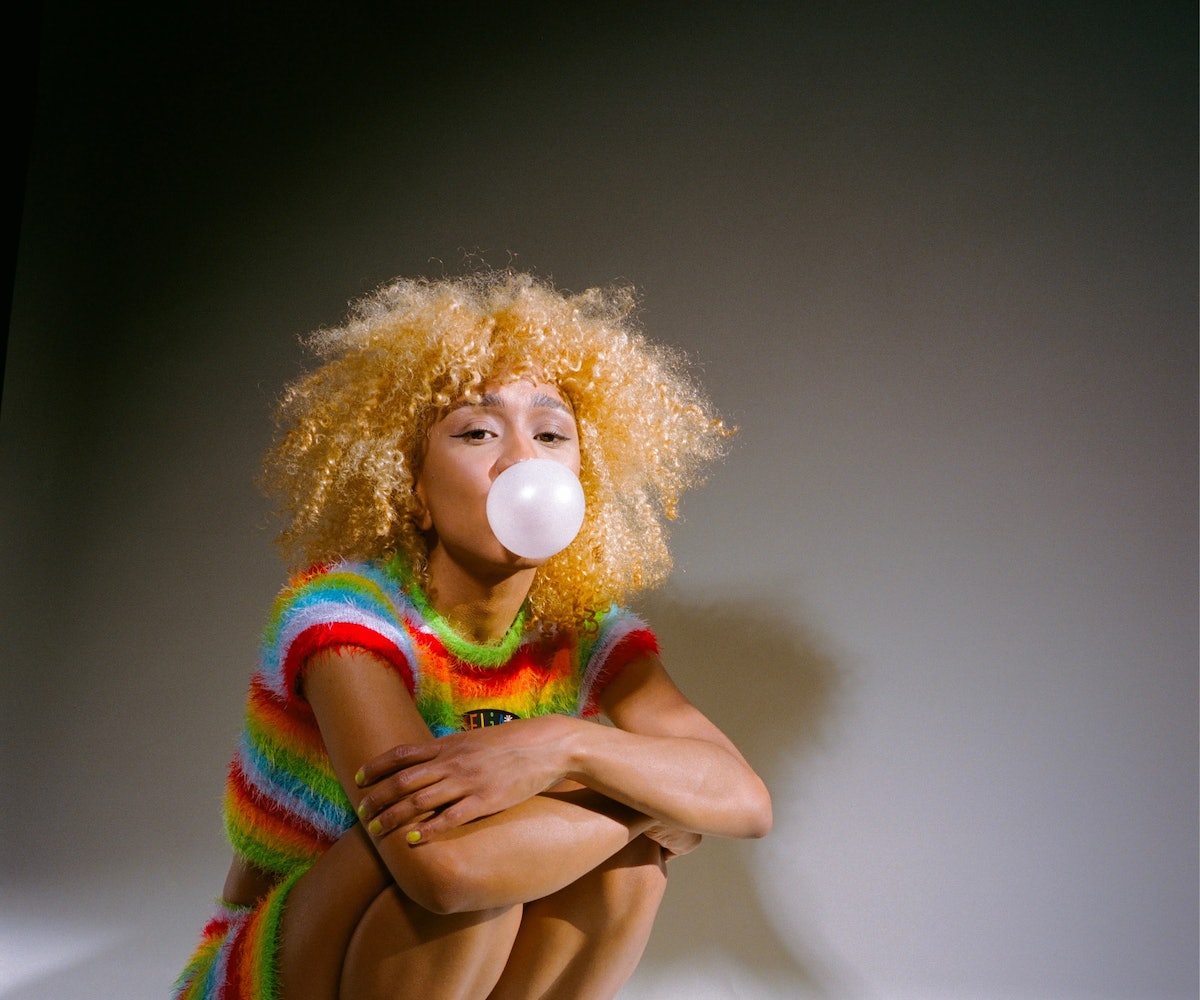 The world loved Fousheé's voice before ever meeting her. The New Jersey native is the singer you hear on rapper Sleepy Hallow's viral freestyle "Deep End," which took off on TikTok in the first half of 2020, though she was uncredited. Eventually she unveiled herself as the mysterious siren in her own video, campaigning to finally get her name attached. Millions of TikTok views later, she finally did, kickstarting her own burgeoning music career.

Most recently, she released a breezy, self-confident ode to being romantically unattached, a status she embraces whole-heartedly and unreservedly on "single af." The smooth R&B track sounds like how you'd imagine living unburdened must feel: buoyant and blissed out, which on the song translates to Fousheé's crystal clear falsetto shooting into the stratosphere as she intones on the hook, "single as fu-uh-uh-uh-uh-uh-uh-uh-ck!"

"I wrote 'single af' after a break up," she writes of the song via email. "It’s very loosely based on that situation. We’re actually still very close friends. Most breakups are ugly and you leave the situation broken. I don’t like that. What if it’s a mutual decision or a healthy change? There needs to be a song about that, too. I’m single and I’m okay with that."

She adds, "I want people to realize that being single is actually fire. You have all the time in the world to work on yourself. Spoil yourself, grow, travel. There’s nobody to answer to. You’re free to do what you want, when you want, how you want without approval from anyone but yourself. We all need that at some point. If you’re single, enjoy that and dedicate all the time you would put into a significant other, into your personal development."

In the track's new music video, premiering exclusively on NYLON below, Fousheé and her crew kick it in a bright and airy space, as she sets focus of the camera on herself. No need to feel down this weekend if you're alone. Just blast this and "scream this break up song with me at 3 a.m. and piss everyone in LA off," Foushee advises. Watch below.