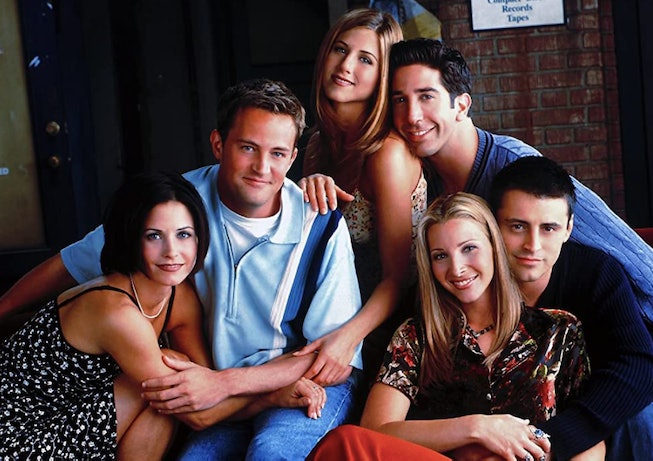 Yes, it’s really happening — the Friends reunion special is on, and its first trailer, below, has arrived. Here’s everything we know about the long-awaited reunion of the cast of the iconic NBC series, which ran for 10 seasons starting in 1994.

When will Friends: The Reunion premiere?

Is there a trailer for Friends: The Reunion yet?

The first full trailer for the Friends: The Reunion trailer dropped on Wednesday, May 19. It features the original cast revisiting their old set (including Monica and Rachel’s apartment), and reminiscing on their time together. They also sit down for a table read of an old episode, and share tidbits about the show while tearing up, understandably.

Who will appear on Friends: The Reunion?

Where was Friends: The Reunion shot?

The unscripted reunion special was taped at the comedy’s original soundstage, Stage 24, on the Warner Bros. Studio lot in Burbank.

Will the Friends reunion be just one episode?

The reunion will be a one-time event, and it won’t be a traditional Friends episode. Titled "The One Where They Get Back Together," the unscripted event will feature the cast reuniting, revisiting the original set, sharing behind-the-scenes footage and other surprises.

Friends premiered in 1994 and ran for 10 seasons on NBC. It remains one of the most popular shows in the world, having exploded on streaming when its 236 episodes debuted on Netflix in 2015 and earned a new generation of fans. Friends left Netflix in 2019 and shifted to WarnerMedia’s HBO Max in 2020.