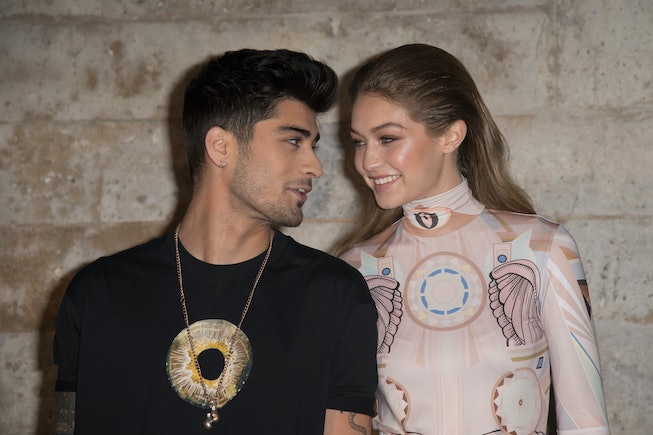 Gigi Hadid, 25 and Zayn Malik, 27 are expecting their first child together, according to TMZ. "Family sources" told the outlet that Hadid is 20 weeks along, and that "both families are very excited."

The on again, off again couple, who first started dating in 2015, were by all reports off last year, before allegedly rekindling their romance in December. They were spotted together in January in New York City, sparking rumors they were back together.

Hadid and her sister Bella have been posting photos from their family farm in Pennsylvania during quarantine, and Zayn is there too. NYLON has reached out to Hadid and Malik's reps for comment.

Congratulations to the happy couple!

NEXT UP
Entertainment
Beyoncé's 'Renaissance' Tour Is Reportedly Scheduled For Summer 2023
Entertainment
Getting Ready With Pale Waves For Their 2022 New York City Concert
Entertainment
YDE On Her EP, Lady Gaga & Making New Short Film 'Send Help’
Entertainment
Who Will Rihanna Bring To The Super Bowl?