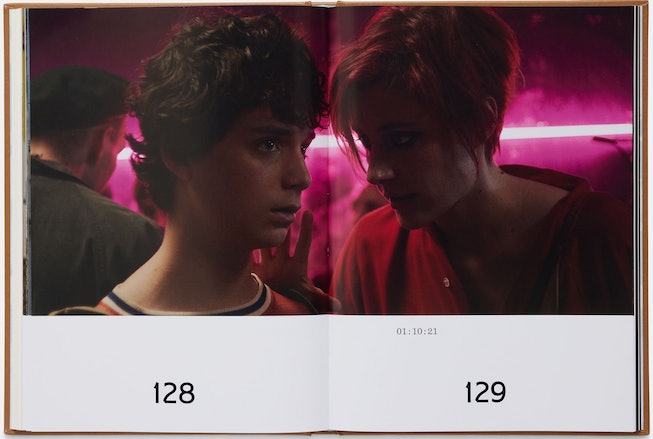 Of all A24’s cult-favorite films, 2016’s 20th Century Women is one of its most tender. In a new hardcover book from the beloved studio, director Mike Mills adds personal production notes to the full-length screenplay, in addition to a conversation between Mills and writer Maggie Nelson, an essay by documentarian Matt Wolf, and an introduction from the film’s star in her last on-screen acting gig, Greta Gerwig.

In her introduction, Gerwig — now an Oscar-nominated director — describes how working on the Annette Bening-starring film under Mills inspired her own journey behind the camera. Read on for the full essay, running exclusively on NYLON below:

20th Century Women is the last time I acted on film before I started directing my own movies, which I believe is evidence of cosmic poetic logic at work.

The part of Abbie was just enough beyond me so that I was always chasing it, out of breath and thrilled. I wasn’t sure if I was any good, which made me feel very alive, which is how I think one should feel making something always, whether as an actor or a director or a songwriter, though I don’t know because I’ve never written a song.

Mike’s process of filmmaking invited us all to live in that space of not-quite-certainty. His films are so clearly from him and part of him and his distinct voice, but he continually gives it to his collaborators for them to own and reshape. I don’t know what the inverse of a dictatorship is, but Mike directs like that—his creative vision is still at the center, but the power is distributed everywhere amongst his co-conspirators.

This started from the first time I met him to talk about Abbie and continued through the dream-like rehearsal process. I say dream-like because it wasn’t results-oriented in any obvious way, but with each dance party, each swapping of parts, and gift-giving, we uncovered something that was important about the characters and the story. Although we were the protectors of our own roles, we felt that we were equally responsible for each other’s characters: Annette’s Dorothea, Billy’s William, Lucas’ Jamie, and Elle’s Julie all felt like they were part of me as well, and Abbie and I belonged to them. I truly understood Walt Whitman’s “For every atom belonging to me as good belongs to you,” for the first time.

I spoke to Mike’s sister Megan Ace, on whom the part of Abbie was loosely based. We talked for hours, and she generously shared her life, her journey, her memories. I specifically remember Mike saying that our conversation was just for me, just for Megan, just for Abbie, that he didn’t need to know any of it. He created a space where a creative secret could exist, somewhere in between art and life. That is part of what he does as a director.

Movies are one of the only timed art forms, and every minute that ticks by is an existential dilemma for a director; one minute you spend here is a minute you cannot spend somewhere else. Of course, this is true in all of life, but on a film set that truth is confirmed with visceral clarity.

But on the first day of shooting, while the official clock was ticking, in the midst of this go-go-go environment, Mike gathered all of us, the entire cast and crew. Mike treats everyone who works on his films—from actors to PAs to boom operators to craft services to accountants—as filmmakers. Each one of us is telling the story in our own way, each one has a right to authorship.