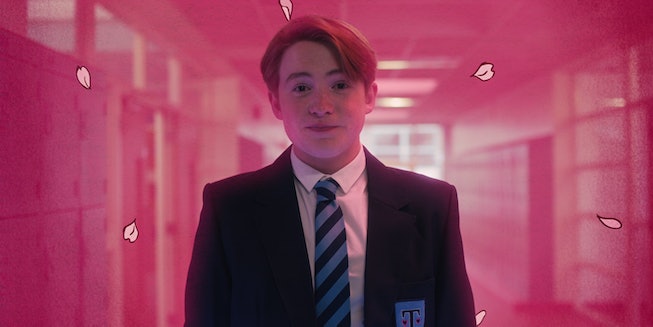 Netflix has renewed its hit teen show Heartstopper, based on the LGBTQ+ webcomic of the same name by Alice Oseman. The series will return for a second and third season, the streamer confirmed on Friday.

Heartstopper tells the story of the relationship between two British teens, Charlie and Nick. Per a synopsis, “When gentle Charlie and rugby-loving Nick meet at secondary school, they quickly discover that their unlikely friendship is blossoming into an unexpected romance. Charlie, Nick and their circle of friends must navigate the ever-relatable journey of self discovery and acceptance, supporting each other as they learn to find their most authentic selves.”

The series proved itself to be a quick hit, rising to Netflix’s Top Ten list in 54 countries and gaining fans across social media. Oseman will return as a writer and creator for the next two seasons.

Earlier this month, Kit Connor, who plays Nick, told Variety, “To have a show where you see queer people being happy and being together and united as a group, I think there’s something really beautiful about that,” he said. “I think that shows like ‘Euphoria’ that are very queer are still very much sort of adult in many ways because they are very dark and gritty. I think it’s really important to have a show that is just portraying queer love and queer beauty.”

Joe Locke, who plays Charlie, had an idea for who he’d love to make a cameo in season two. “Jennifer Coolidge should play my grandmother,” he said. “That would be so cool. I love her. She’s amazing. I also want a scene with Nick’s mom so I can work with Olivia Colman.”

In a recent interview, Oseman emphasized the teen-friendly nature of Heartstopper, and what makes it so appealing to younger audiences. “Our goal with Heartstopper was for it to appeal to teens, mainly,” she said. “There are a lot of teen shows that are for adults, but Heartstopper is primarily for a younger audience. I think people of all ages can enjoy it, but teens and tweens were who we wanted to cater to and make it accessible for.”

There’s no release date for Heartstopper’s second and third seasons yet, but stay tuned for updates.

NEXT UP
Culture
Succession Season 4 Trailer Explodes With Family Drama
Culture
6 Shows To Binge Once You've Finished 'The White Lotus'
Culture
Netflix Is Seriously Cracking Down On Sharing Passwords
A Night Out
A Night Out With Rachel Bilson
Style + Culture, delivered straight to your inbox.