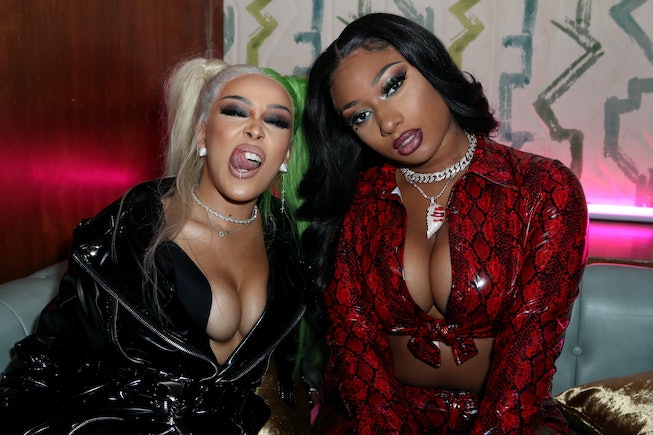 Hulu is ready to provide a behind-the-scenes look at some of the most prolific rap artists of our time. The streamer just ordered RapCaviar: Presents, a new docu-series based on the Spotify RapCaviar playlist.

RapCaviar Presents is the brainchild of Spotify Music and Sony Pictures Television. According to Hulu, the upcoming show will explore how rap music affects society. The eight-episode series is expected to “tackle some of today’s most provocative issues through stories of the hip-hop visionaries currently ruling the charts and influencing our culture.”

For the uninitiated, RapCaviar is Spotify’s go-to mix of rap music. The playlist was created by Tuma Basa in 2015, and is described as “the most influential playlist in hip-hop.” RapCaviar features 50 tracks that are constantly being updated, but the trick to playlists' success is that it places songs from up-and-coming artists alongside more established musicians — many of whom will be featured on the show. As of right now, the upcoming series will include episodes with Tyler, the Creator, Jack Harlow, Megan Thee Stallion, Doja Cat, Saweetie, and Roddy Rich.

Over the years, the playlist has racked up over 10 million listeners. The collection of heard and unheard music makes it the perfect destination for listeners looking to discover new songs while enjoying the ones they already love.

Hulu’s upcoming interpretation of the playlist is being backed by a large team. The show will be executive produced by Karam Gill. Gill is also credited as RapCaviar: Presents’ creative director. Steve Rivo is listed as the series showrunner. Meanwhile, the episodes will be helmed by a variety of directors including Karam Gill, Keith McQuirter, Peter J. Scalettar, Farah X, and Mandon Lovett.

RapCaviar: Presents does not have a release date yet, though it’s expected to premiere sometime next year. Until then you can follow the playlist on Spotify to stay up to date on potential guest stars.