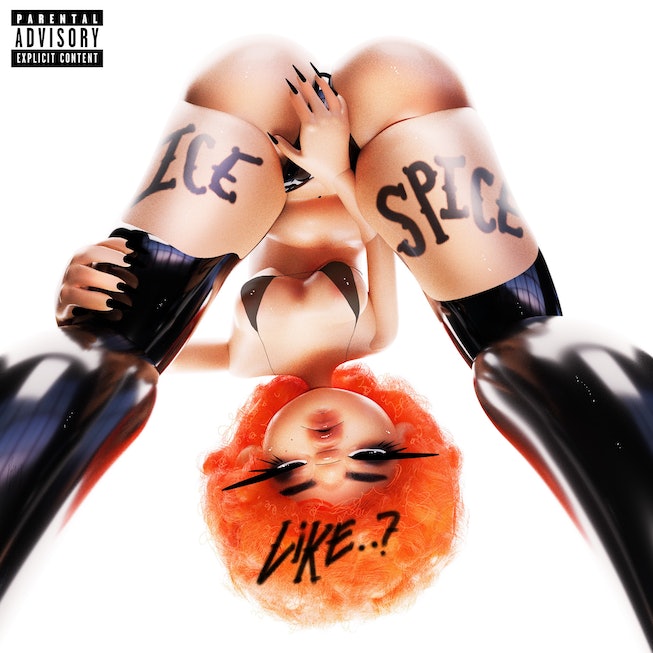 If there’s anything that can be said about Ice Spice, it’s that she knows how to take advantage of a meme. When she rolled onto the scene with her 2022 breakout hit “Munch” last August, it was to a flurry of genuine praise, some hate, and heaps of jokes. She introduced the culture to a new piece of slang, “munch,” which immediately became the fuel the track needed to go viral. But it was hard to decipher whether the frenzied buzz around the word was out of genuine interest or just men finding more ways to mock a rising woman rapper who happened to find a novel way to express her own point-of-view.

Either way, Ice Spice wasn’t deterred or even miffed. She instead appeared to double down on the attention by releasing the ostensibly jokey, Spongebob-referencing “Bikini Bottom” soon after, which ended up birthing yet another meme from its opening line, “How can I lose if I’m already chose?” Some people littered the lyric online in genuine appreciation and resonance, and some (mainly men in rap circles) in ironic derision. Meanwhile, Ice Spice was quietly profiting; her songs, songwriting (no matter what you thought of it) and likeness gaining more eyeballs and ears by the day.

Ice Spice has now released her debut EP, Like..? (a cheeky nod to her signature adlib that’s yet another meme), a six-track record that proves the Bronx native knows exactly her place in the rap and pop culture landscape, as well as how to capitalize on it. If she’s stirring up conversation, the smartest thing she can do is to stake her own claim in it — which is how we now have the great song “Princess Diana” which stemmed from, you guessed it, another meme.

This one came from Twitter, where one user randomly compared her to the late Princess Di and, after footage of Spice and Lil Tjay handing out Thanksgiving turkeys to the community in the Bronx surfaced online, others ran with it. Again, it was unclear whether the comparison was delivered with genuine fan awe. But, at the end of the day, it doesn’t actually matter. Spice ultimately claims the title as her own on the new track, where she calmly declares, “In the hood, I’m like Princess Diana.”

There’s surely some self-awareness in her use of the line. The lyric is but one brief moment of the song’s larger, cool brag about her rising status in her hood, the boys that hit her up, and the girls who wanna be her, who aren’t “takin' shit from [her] but notes.” Lyrically, the song could’ve been yet another generic, braggadocious track for your ears to glaze over, but with the inclusion of the Princess Di line, it all suddenly lights up. (Though there are a few other standouts, like the funny and random, “I'm thick 'cause I be eatin' oats.”) If there’s anything Ice Spice has proven it’s that she knows what grabs attention, and what will prick the ear.

The reference to Princess Di may be a little outrageous (and a little blasphemous, depending on how much you about U.K. royalty), but it’s also genuinely hilarious, and a little sweet, like getting a glimpse at Spice’s secret inner dreams. In a New York Times interview in reference to the lyric, Spice quietly remarks, “Who don’t wanna be a princess?” which then also makes it feel a little subversive too.

And yet, this is all likely reading too deep into it; Spice’s music is really meant to be fun, not deep, and not to be ventured further into than what’s present on the surface. Spice rides the fine line of flipping how she’s being talked about — and how it’s weaponized against her — into something of her own that doesn’t come off as corny. And at this rate, how can she lose?

NEXT UP
Culture
Spice Girls May Reunite For King Charles’ Coronation
Entertainment
Ebony Riley's "Deuce Deuce" & 9 Other New Songs Out This Week
Entertainment
Beyoncé Is Now The Most Awarded Artist In Grammy History
Entertainment
Harry Styles' "As It Was" Grammy Performance Featured A Silver Tinsel Onesie
Style + Culture, delivered straight to your inbox.