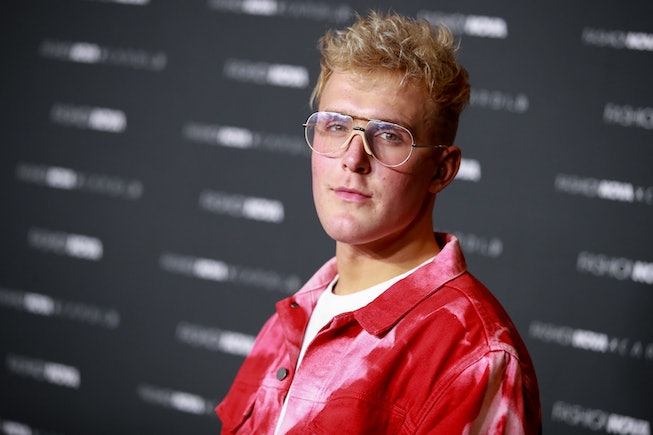 Globally popular and highly controversial YouTube personality Jake Paul had his California mansion raided by the FBI, according to the Los Angeles Sheriff's Department. While at first it was unclear what the search was for, TMZ reports that law enforcement seized at least several large firearms.

Overhead footage captured by ABC 7 shows officers, some in camouflage fatigues and SWAT gear and riding in armored vehicles, descending upon Paul's Calabasas home. That footage captured law enforcement officials walking down Paul's driveway with what appear to be rifles and possibly shotguns in hand, and an image of a long firearm resting against a hot tub.

Paul's attorney, Richard Schonfeld, told TMZ, "We understand that a search warrant was executed at Jake's Calabasas home this morning while Jake was out-of-state. We are still gathering information and will cooperate with the investigation."

It's not clear what, if anything, Paul is involved in. The 23-year-old has often shared his penchant for firearms, showing them off in videos on his YouTube channel and even getting a tattoo of a gun on-camera in 2017 — art that he later sold as merchandise.

In March 2018, Paul posted a 20-minute documentary about gun violence called, "It's Time To End School Shootings," with interviews including survivors of the Marjory Stoneman Douglas High School shooting.