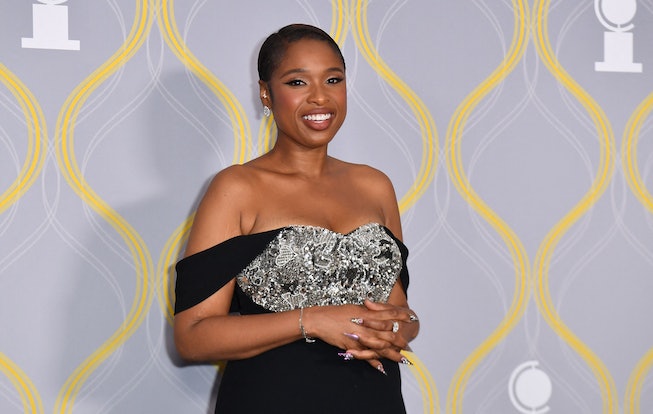 Jennifer Hudson is officially an EGOT winner. Last night, the American Idol star won her first Tony Award for producing the critically acclaimed musical, A Strange Loop. It was the last accolade Hudson needed to achieve coveted EGOT status, making her the youngest woman ever to do so.

For the uninitiated, an EGOT winner is a performer who has received at least one Emmy, Grammy, Oscar, and Tony award throughout their career. Hudson’s award streak began in 2006 when she landed an Oscar for starring in Dream Girls. In 2009, she received her first Grammy for releasing a self-titled R&B album. Then in 2017, she won another Grammy for her vocals on The Color Purple Soundtrack. And last year, the “Spotlight” singer secured a daytime Emmy for producing the animated film Baba Yaga.

A Strange Loop was nominated for 11 Tony Awards, and won Best Musical. The play, which Michael R. Jackson wrote, is a meta exploration of Blackness and the performing arts. It follows a Black gay man named Usher, who is writing a musical called A Strange Loop, which is about a Black gay man trying to write a musical.

Hudson is now the 17th person to become an EGOT, and the second Black woman to do so (after Whoopi Goldberg). According to People, the singer once joked about her dogs being a good luck charm. “I got a dog and named it Oscar, and then I won my Oscar,” she said. “And then I got a dog and named it Grammy, and then I won my Grammy. So I think I should get dogs and name them Emmy and Tony and it’ll give me good luck and, I’ll win.”

We’re not sure if she ever did get those pets, but she’s a winner nonetheless and amidst good company. Other EGOT-level performers include Whoopi Goldberg, Andrew Lloyd Webber, Rita Moreno, Mel Brooks, and John Legend, to name a few.

Hudson has not released a statement about her latest win just yet. Perhaps she and the cast of A Strange Loop are still busy celebrating. Stay tuned!

NEXT UP
Entertainment
Jennifer Vanilla's “Take Me For A Ride” Is A Glam Fever Dream
Entertainment
Hunjiya Strives For Better Communication On "Talk2Me!" & "Favorite"
Entertainment
BTS' Break Is A Necessary Step For The Group
Entertainment
Lorde Calls Bad 'Solar Power' Reviews "Painful"