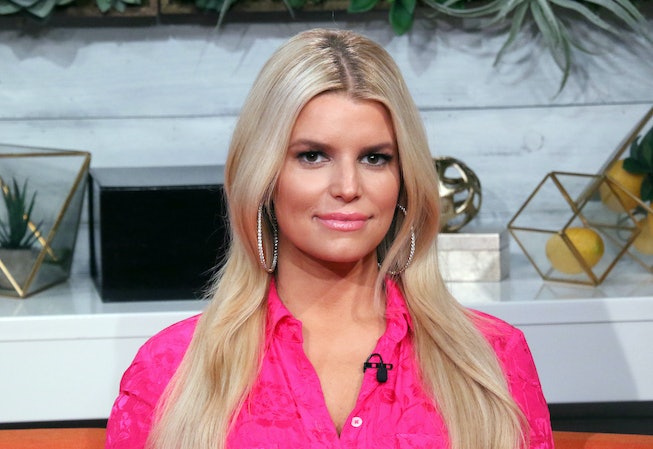 Jessica Simpson has a new project in the works. The singer's debut memoir Open Book is being adapted into a scripted series at Amazon Freevee, and the show’s concept sounds just as juicy as the events that inspired it.

The upcoming series — also titled Open Book — stars Katelyn Tarver as Sadie Sparrow, a rising pop star, and John Stamos as Butch, a seasoned musician who is tasked with writing her songs. Per the logline, the series Open Book “follows pop star Sadie Sparrow’s mid-twenties rise from ingenue to mogul, introducing us to the family, friends, and lovers she collects along the way.” The series is expected to explore themes of love, friendship, divorce, family, sisterhood, relationships, and the music industry.

Simpson celebrated the announcement of the show on Instagram, with a lengthy message for her fans. “I finally get to say what I have been wantin’ to say for years now so bear with me as I type through streaming (pun intended) tears of joy and Grace (another pun I can’t tell you about yet),” she wrote. “Open Book has opened the door to all of my wildest dreams as an artist, author, and entertainer. This project holds my heart completely, infatuates my mind on every level, and deeply seduces my soul to the core. I have spoken about determined patience frequently. Not until now, in this very moment, do I get to share the reward of how it feels on this side of the rainbow.”

The memoir that the show is based on was released in 2020, and details Simpson's upbringing in Texas, her road to stardom, and turbulent relationships with singers Nick Lachey and John Mayer. Variety reports that Sadie’s character is based on Simpson.

Sadie is described as “an adorable combo of sunshine and sin,” who rose to fame, in part, due to her ‘good-girl’ image. But when her surprisingly wild side emerges it complicates her professional life. As her relationships intertwine with her career Sadie is forced to decide whether she should act as expected or start breaking the rules.

Open Book does not have a premiere date yet, but hopefully, we won’t have to wait too long to see Simpson’s creation.