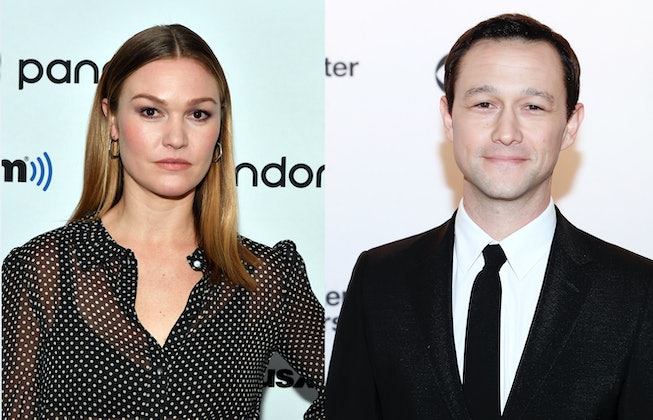 In the 1999 romantic high school comedy 10 Things I Hate About You, Julia Stiles recites the devastating poem that gives the film its name to her classmate and crush, played by the late, great Heath Ledger. As tears stream down her face (and the faces of anyone watching), Stiles’ character Kat Stratford recounts the 10 things she hates about Ledger’s character, Patrick, leading up to the final reveal that she doesn’t hate him, not even close, not even a little bit, not even at all.

It turns out that like any good actor, Stiles was pulling from a real place of love, but not for her co-star Ledger. The cult film’s director, Gil Junger, recently told Fede Carestía on his YouTube channel, Mirá a Quién Encontré, that Stiles was thinking of a different co-star — Joseph Gordon-Levitt, while filming the pivotal scene.

“They were very, very attracted to each other,” Junger said of Stiles and Levitt. “She’s professing her love to [onscreen boyfriend Heath Ledger] and she’s in love with a guy waiting in his trailer to shoot the next scene.”

He said that the young actors dated “for a minute or 10,” adding that “it was beautiful how much they enjoyed each other.”

Junger said it only took Stiles a single take to shoot the poem scene, and that he himself was “crying so hard” by the end of it. "That was maybe one of the most moving performances I've ever seen, and I've seen plenty," he said. "It just killed me. It was so raw, and it was so honest, and it was so vulnerable. I even asked her — I said, 'Where did that come from?' And she told me, 'I was just thinking about' — that person's name that she was deeply in love with at the time."

"It wasn't me, certainly, but it wasn't Heath either,” he added.

Neither Stiles nor Gordon-Levitt have commented on the report, but Stiles, now 40, fondly recalled shooting 10 Things in a February 2019 interview. “I have so many great memories from that movie that are fading, because it has been 20 years,” the actress said. “But it was just such a special time where we were all so excited.”

Stiles wed Preston J. Cook in September 2017, and they welcomed a son together the following month. Gordon-Levitt, also 40, married Tasha McCauley in December 2014, and they’ve since welcomed two boys.

Relive the 10 Things I Hate About You poem, below.

NEXT UP
Entertainment
Amanda Seyfried Was "Grossed Out" By Men's 'Mean Girls' Reactions
Entertainment
Taylor Swift To Screen ‘All Too Well’ At The Tribeca Film Festival
Fashion
Behind The Fashion And Beauty Of Gregg Araki’s Nowhere, 25 Years Later
Entertainment
Machine Gun Kelly Wrote A Movie While "Spiraling" About Megan Fox