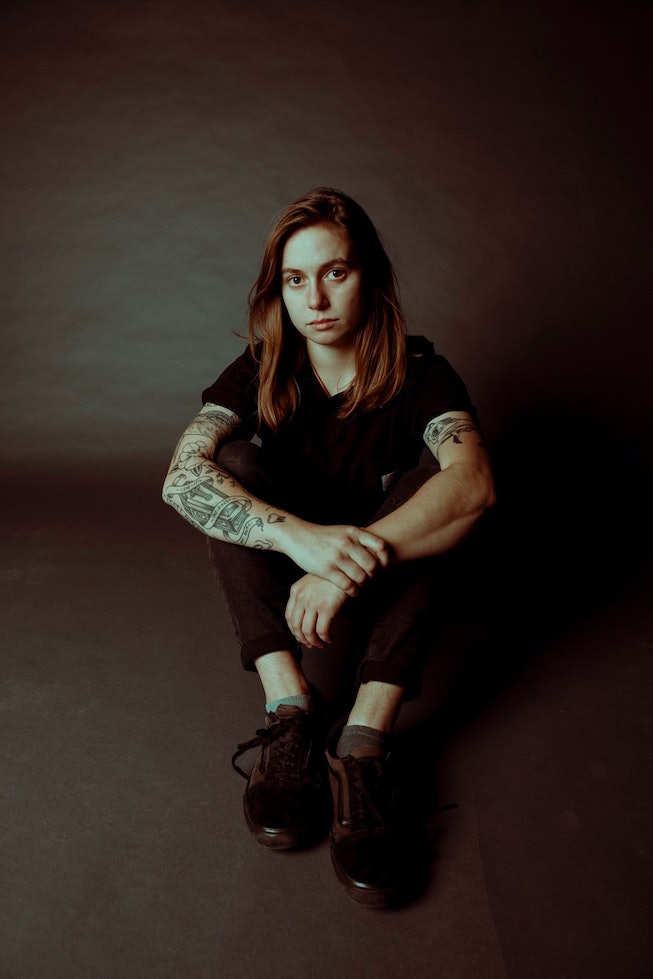 It's been over two years since the sad songs singer-songwriter trio boygenius released their self-titled EP (but who's counting?). Luckily, those who have been waiting for some new music have a reason to celebrate today, as the band's members — Julien Baker, Phoebe Bridgers, and Lucy Dacus — have informally reunited on Baker's newest single for her upcoming third studio album Little Oblivions.

The song, "Favor," a grungy rock track about the way addiction can put a strain on the friendships we have, includes lush background vocals from her friends, Bridgers and Dacus. But it's Bakers' own stark and devastating songwriting that bolsters the track, as she wonders over plaintive guitar: "How long do I have until I've spent up everyone's good will?"

In a press release about the song, Bridgers says of Baker: "Julien is one of those people whose opinion you want to hear about everything. A true critical thinker with an ever-changing and ridiculously articulate worldview. Her music changes in the same way, and this record is my favorite thing she’s ever done. I’m sure I’ll think the same about the next one."

According to Dacus, the three recorded "Favor" in Nashville on the same day they recorded Bridgers' "Graceland Too," in addition to an unreleased song from Dacus.

"That day had the same atmosphere as when we recorded the boygenius EP," she remembers. "Making music was just a natural result of being together, easy as can be but also rare in a way that feels irreplicable [sic]. I love the song for its stark but sensitive picture of friendship, what it looks like to recover from broken trust. Makes me think about how truth only ever breaks what should be broken, and how love is never one of those things. I’m always honored to be brought into Julien’s life and music."

Hear the song below, and be on the look out for Bakers' Little Oblivions, arriving February 26 via Matador Records.