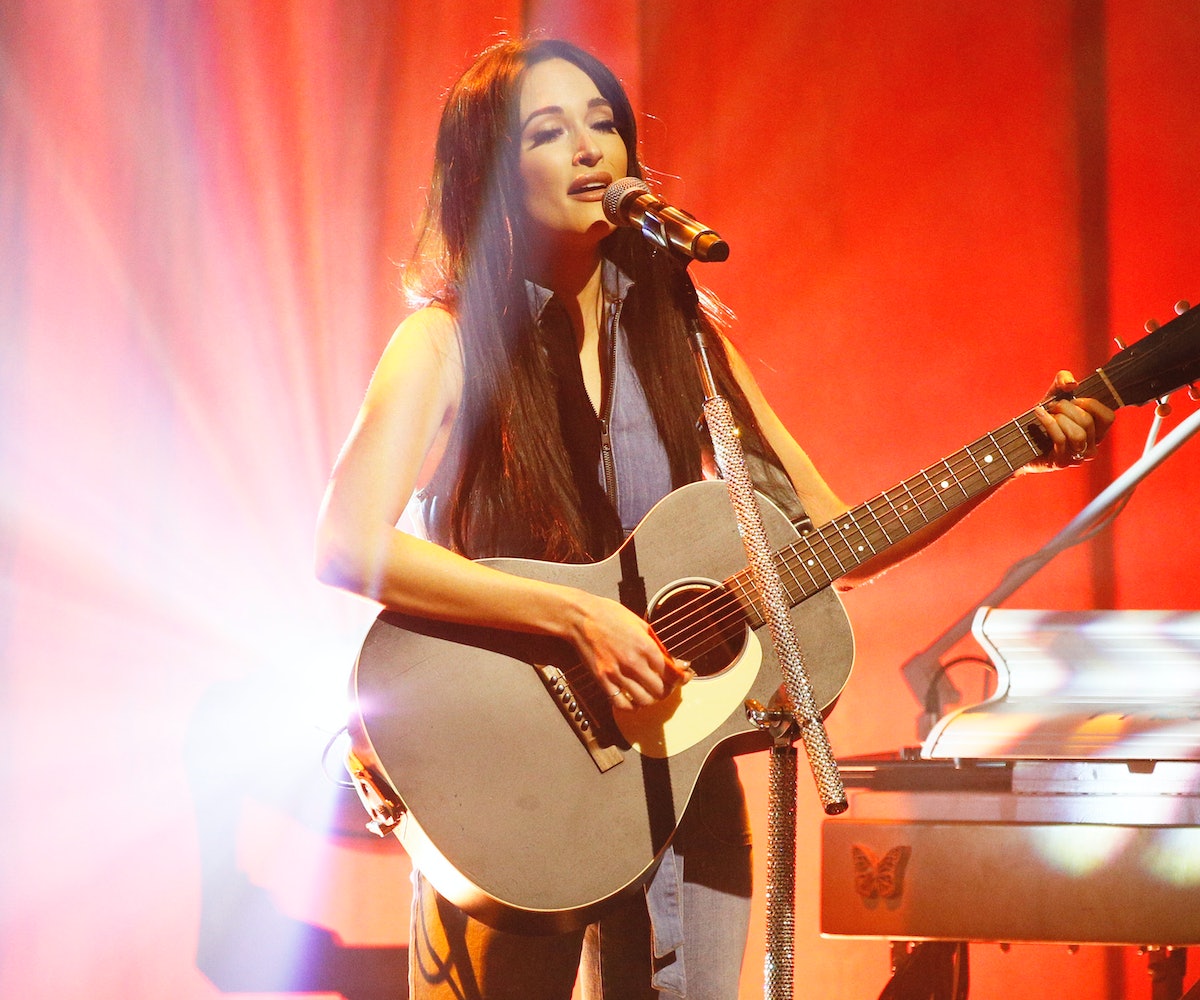 Kacey Musgraves' follow-up to the Grammy-winning Golden Hour will be arriving sooner than you think. In a revealing new interview with Rolling Stone, the singer confirms that her next album, still untitled, will be arriving sometime this year. And the project — which follows her divorce from her ex-husband and fellow country musician Ruston Kelly in 2020 — will be structured as a tragedy, she reveals.

In the interview, the "Slow Burn" singer explains that as she was conceptualizing the album earlier this year (incidentally, around the same time she embarked on a doctor-guided psilocybin trip), she kept coming back to Greek tragedies, and their three-act structure.

“This last chapter of my life and this whole last year and chapter for our country — at its most simple form, it’s a tragedy,” she told Rolling Stone. “And then I started looking into why portraying a tragedy is actually therapeutic and why it is a form of art that has lasted for centuries. It’s because you set the scene, the audience rises to the climax of the problem with you, and then there’s resolve. There’s a feeling of resolution at the end. I was inspired by that.”

That doesn't mean that the album will be a wholly sad collection of songs, or that her marriage didn't serve a greater purpose in her life. Speaking about her divorce throughout the interview, Musgraves maintains the belief that though the marriage didn't work out in the end, she and Kelly are still connected "on such a deep spiritual plane of existence that it almost doesn’t even matter that you can’t be together in this realm. It’s going to live on, you know what I mean? And that it still means something really beautiful.”

She adds that writing the next album has been a therapeutic process, and that she wants the album to "honor the huge range of emotion that I’ve felt over this past year, past six months. I also want to honor the relationship we had and the love we have for each other. Because it’s very real."

Musgraves didn't get into details about the end of her marriage, saying it "just simply didn’t work out," and that "I’ve been doing a lot of reflecting on growing up as a woman in the South and being a performer from a young age — we were told to please, to make this person happy. That has to imprint on your code. It kind of erodes boundaries. So I’m trying to examine things that may not be useful anymore and maybe unlearn some things."

Later on the article offers a sneak preview into a song Musgraves' is workshopping for the record called "Star-Crossed," which draws inspiration from the most infamous star-crossed lovers, Shakespeare's Romeo and Juliet. From what she has for the lyrics so far, it seems Musgraves' new album will be beautiful and devastating.

Musgraves' released her last album Golden Hour in 2018. The 12-track project which she described as "galactic country" centered around her relationship with Kelly, and won Musgraves the coveted Album of the Year title at the 2019 Grammy Awards.