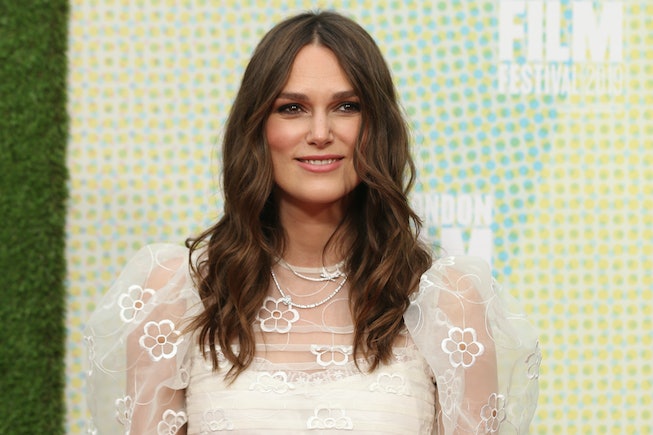 Kiera Knightley is swearing off sex scenes directed by men. On a new episode of the Chanel Connects podcast, Knightley, 35, said the decision stems from her changing relationship with her body as she gets older.

On the podcast and as reported by Vulture, Knightley said the decision was “partly vanity and also the male gaze,” as she now feels “very uncomfortable” in portraying a male directors' sexual vision, especially now that she's the mother of two children. “If I was making a story that was about that journey of motherhood and body acceptance, I feel like, I’m sorry, but that would have to be with a female filmmaker,” she explained. “I don’t have an absolute ban, but I kind of do with men … I’d just rather not stand in front of a group of men naked.”

She did say that in the future, she would work with a male director if she really loved the script; if the hypothetical sex scene was truly integral to the narrative, she would work with a body double. However, she's completely done with “those horrible sex scenes where you’re all greased up and everybody is grunting.” Suddenly, the library scene from Atonement seems far less hot.