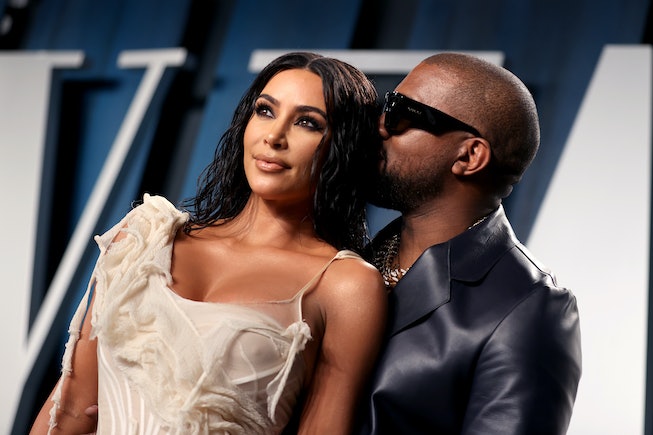 Kim Kardashian has officially filed for divorce from Kanye West after seven years of marriage, TMZ reports. Sources of the news site said the disunion is "as amicable as a divorce can be."

Kim is asking for joint legal and physical custody of the couple's 4 kids. Sources with direct knowledge tell TMZ Kanye is fine with the joint custody arrangement, and we're told both Kim and Ye are committed to co-parenting together. There's a prenup and we're told neither party is contesting it. In fact, our sources say they are already far along in reaching a property settlement agreement. The docs, filed by disso queen Laura Wasser, don't list a date of separation ... it's listed as to be determined. The date is almost irrelevant because their split has been so well-chronicled in the news and social media.

“They are keeping it low-key but they are done,” a source told Page Six back on January 5th, when rumors about a potential divorce were first being reported in the media.

Per the same Page Six article, "Kim has grown up a lot. She is serious about taking the bar exam and becoming a lawyer, she is serious about her prison reform campaign. Meanwhile Kanye is talking about running for president and saying other crazy s–t, and she’s just had enough of it.”

A separate source, meanwhile, added that West was increasingly uncomfortable with the Kardashian's reality star lives, saying that he “Is completely over the entire family … He wants nothing to do with them,” and that he eventually found their reality show “unbearable.”

Kardashian, 40, and West, 43, wed in 2014 in a weeklong, international ceremony that included a rehearsal dinner at Versailles, where Lana Del Rey serenaded guests. They share daughter North, 7, son Saint, 5, daughter Chicago, who turns 3 next week, and son Psalm, 19 months.