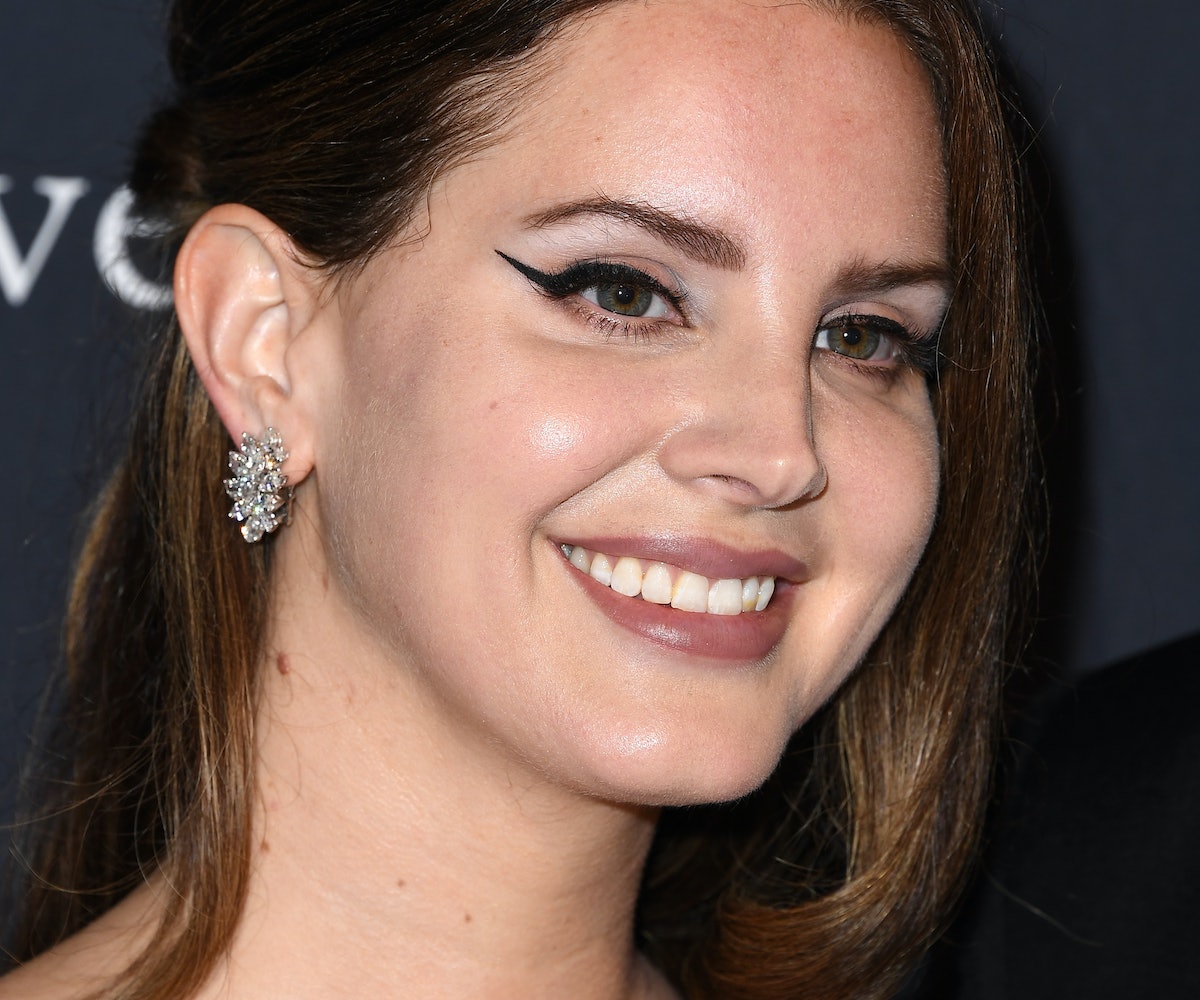 Not you too, Lana Del Rey, was the general consensus this weekend when the pop star and now published book author was seen at a fan event the past Saturday sporting a glittery and utterly useless (by CDC standards) mesh mask. The star was attending a surprise Barnes and Noble book signing fan event in Los Angeles for her new collection of poetry, Violet Bent Backwards over the Grass, which was released on September 29.

Photos from the event, which took place indoors, shared to social media showed the singer sporting a silvery mask with holes in it, not unlike the one she wears on the cover of Interview magazine's September issue. Naturally, her fans quickly took to Twitter to call her out for the choice.

"I love Lana Del Rey, I always have and I (likely) always will. Her music has been with me during every high and low of my life, and I’m thankful that she shares her music with us. But that doesn’t mean I support everything she does. She knows better than to wear a mesh mask…" remarked user @MarquisAndLana.

Per Guardian, Del Rey's sister claimed that the star had "tested negative" and was following social distancing guidelines, however multiple photos showed the star posing very closely with, or even directly touching, her fans.

Backlash against the singer's mask, perhaps, also felt particularly acute given what's been happening at the White House and the top levels of government. With Republican lawmakers now facing the consequences of the virus, after months of blatant disregard for proper CDC safety guidelines — seeing one of pop music's divisive yet beloved pop stars seemingly following in the same route feels disappointing, and demoralizing.

Perhaps the only good thing that's come out of the whole debacle are the memes. Which of course, have already arrived in abundance. See the best below, and remember to wear a proper mask.

NEXT UP
Entertainment
Hunjiya Strives For Better Communication On "Talk2Me!" & "Favorite"
Entertainment
BTS' Break Is A Necessary Step For The Group
Entertainment
NCT Teams Up With Sanrio For Their Next Merch Launch
Entertainment
Charli XCX On The Endless Possibilities Of The Metaverse