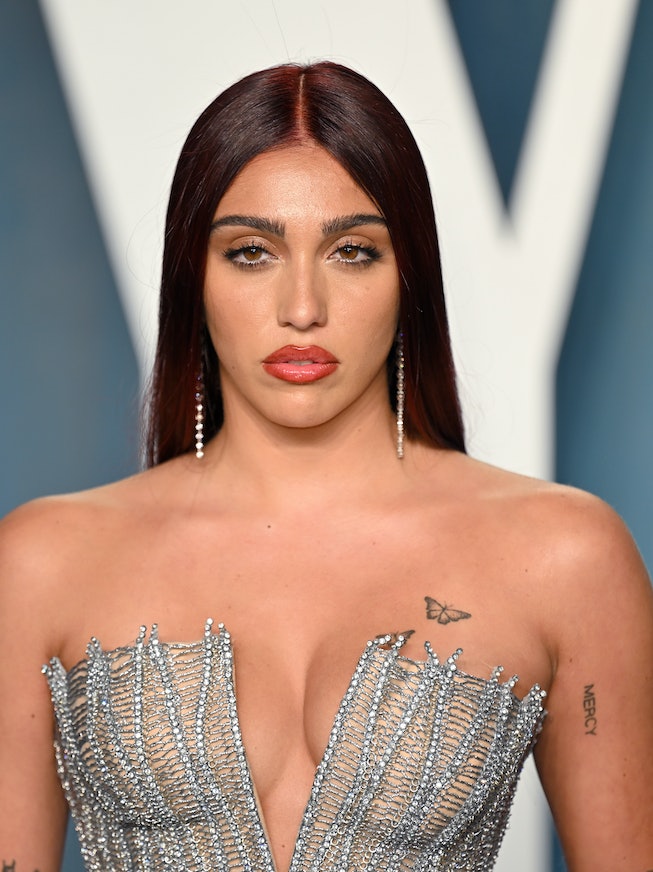 After leading a largely private and music-averse life for most of her years, Lola Leon, or Lourdes Leon (or Madonna’s daughter), is finally cashing in on her musical heritage. The 25-year-old model, dancer, and choreographer has just released her very first single, titled “Lock&Key,” kicking off her music career under her new moniker, Lolahol.

For those expecting something along the lines of pop or disco — a la her mother — you’ll want to think again. Instead, Leon dives headfirst into the realm of glitchy and esoteric club-pop for her debut record, lacing the entrancing track with racing breakbeats and her own surprisingly wispy vocals, which almost take on a hypnotizing quality.

Leon worked closely with the similarly avant-garde, NYC-based artist Eartheater on the track, which may explain the more left-field sound. Leon is also releasing the song through Eartheater’s own label imprint, Chemical X, and even tapped Eartheater as the creative director for the “Lock&Key” music video. Shot by Indiana Piorek and edited by Jackson Johnson, the dreamlike visual alternates between scenes of Leon walking her dog and chilling in a NYC cemetery, coasting down the highway in a sparkling pink catsuit, and rolling around in a scant bikini on a beach. Unsurprisingly, she is utterly captivating the entire time, her wide eyes boring into the camera lens and marking the birth of a confident and self-assured pop star.

Despite the confidence she emits on her first single, Leon has previously expressed uncertainty when it came to making music. In interviews from as recent as December 2021, she expressed some hesitancy about seriously considering a career as a musician. “I think about it, I have nothing against it. The thing is, I’m not really much of a writer,” she told Paper magazine.

Still, in the same interview, she revealed that were she to ever go into music, she’d want to lean into a more electronic and dance music vibe, and even name-dropped Eartheater as a musician that she looks up to.

“I love Shygirl, I love Eartheater, I love Tirzah,” she said. “I love all these girls that are singers, but these beats they’re singing on are just so good. And they’re making their own genre of music, so I’m not really sure how that would look.”

Obviously, something changed for Leon in the time since — and thank goodness for it. There’s no word yet if “Lock&Key” is a one-off single for Leon or if it’ll be part of a larger project. In the meantime, hear the song below.