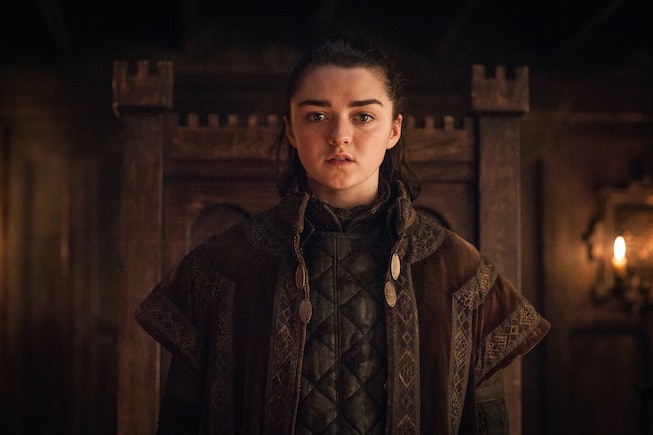 Photograph by Helen Sloan/courtesy of HBO

Game of Thrones was a beloved series for many reasons. Over the course of eight seasons, the HBO drama delivered endless jaw-dropping plot twits, steamy romances, and thrilling battle scenes for us to view from the comfort of our couch. I personally tapped out shortly after the red wedding, (if you know, you know), but I couldn’t resist googling updates on what my favorite character, Arya Stark, was up to.

The youngest Stark sister, who was portrayed by Maisie Williams, stole every scene she was in due to her snarky one-liners and impressive combat skills. Her character was clever, charming, a little scary, and frankly, exciting to watch. But according to the actress, playing the infamous role wasn’t always as fun as it seemed.

In an interview with GQ, the actress explained that she disliked growing up on the show. “I think that when I started becoming a woman, I resented Arya because I couldn’t express who I was becoming,” she said. “And then I also resented my body, because it wasn’t aligned with the piece of me that the world celebrated.”

When Williams started working on the show she was 14, and by the time Game of Thrones wrapped the breakout star was 22-years-old. As her character evolved from a child to a skilled fighter, the actress was exploring other interests. She began experimenting with bright hair colors and makeup while finding new ways to express her identity. Arya, on the other hand, sported a more gender-neutral look and wasn’t particularly interested in femininity.

Despite the growing pains of maturing in the public eye, Williams maintains that working on Game of Thrones was a positive experience though she prefers to leave it in the past. Earlier in their conversation, she was asked what part of the show she misses most. After thinking for a while, Williams replied, “Can I say none of it?”

She then clarified that she doesn’t want to color her memories with new emotions. “I don’t think it’s healthy to [miss it], because I loved it,” she explained. “I look at it so fondly, and I look at it with such pride. But why would I want to make myself feel sad about the greatest thing that ever happened to me? I don’t want to associate that with feelings of pain.”