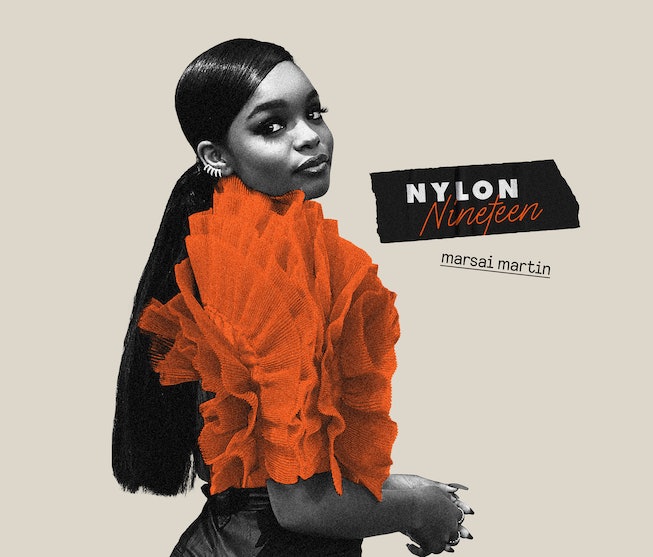 16-year-old Marsai Martin first lit up our television screens in 2014 as Dianne — the precocious youngest daughter of the Johnson bunch — on the ABC hit, Black-ish. Her dry humor, comedic timing, and mischievous grin made audiences laugh nationwide, and secured her spot as young Hollywood's burgeoning It girl.

Since then, Martin’s both starred in and executive produced (becoming the youngest person ever to do so) the comedy Little with Issa Rae and Regina Hall. She’s also led animated flicks like PAW Patrol: The Movie and Spirit Untamed, all while continuing her role on Black-ish for the past seven seasons.

Most recently, Martin’s decided to work with Invisalign on their ChangeMakers program, which celebrates teens that give back to their communities. The initiative awards 100 applicants, aged 13-19, $5000 cash to continue bringing positive change to their hometowns.

Martin, an Invisalign client turned partner, explained her reason for supporting the group to NYLON, saying, “For me being in the industry, I’ve always learned to, you know, always make sure the people I’m entertaining always have a smile on their face. I feel like Invisalign advocates for that same thing, so it feels like it's the perfect partnership.”

Only July 10, Invisalign is holding a virtual awards ceremony on YouTube for the ChangeMakers winners, and Martin will host the event. Before the big night, she took on the NYLON 19 questionnaire, discussing her favorite pizza topping, the question she most hates being asked, and why she doesn’t need a breakup song.