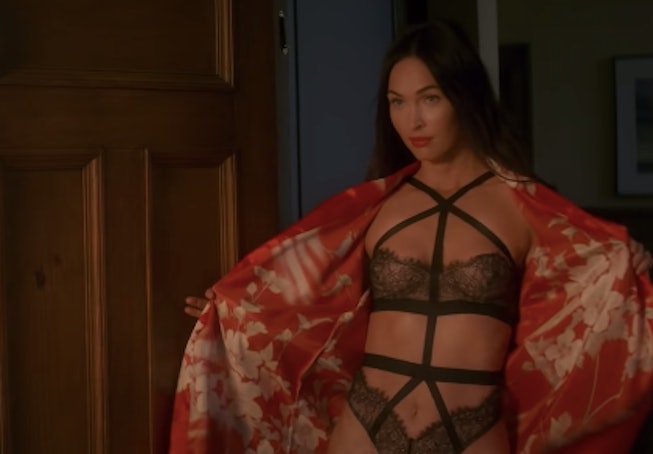 The official trailer for Big Gold Brick has arrived, and marks Megan Fox’s latest return to the big screen — this time as Jacqueline, a dissatisfied housewife.

Fox appears in the dark comedy’s trailer as the red lingerie-wearing second wife of an enigmatic father of two (Andy Garcia) who enlists fledgling writer Samuel Liston (Emory Cohen) to author his biography. “The circumstances that led up to this arrangement in the first place are quite astonishing,” a logline reads, “and efforts to write the biography are quickly stymied by ensuing chaos in the darkly comedic, genre-bending film.”

“Big Gold Brick is an out of this world movie that harkens back to what we love about cult classic films,” Peter Goldwyn of Samuel Goldwyn films said in a statement. “The cast gives phenomenal performances under the helm of first-time director Brian Petsos.” Petsos’s two short films, also starring Isaac — Lightningface and Ticky Tacky — were viral hits that won awards at several festivals. Oscar Isaac and Kristen Wiig serve as executive producers.

See the first trailer for Big Gold Brick below: