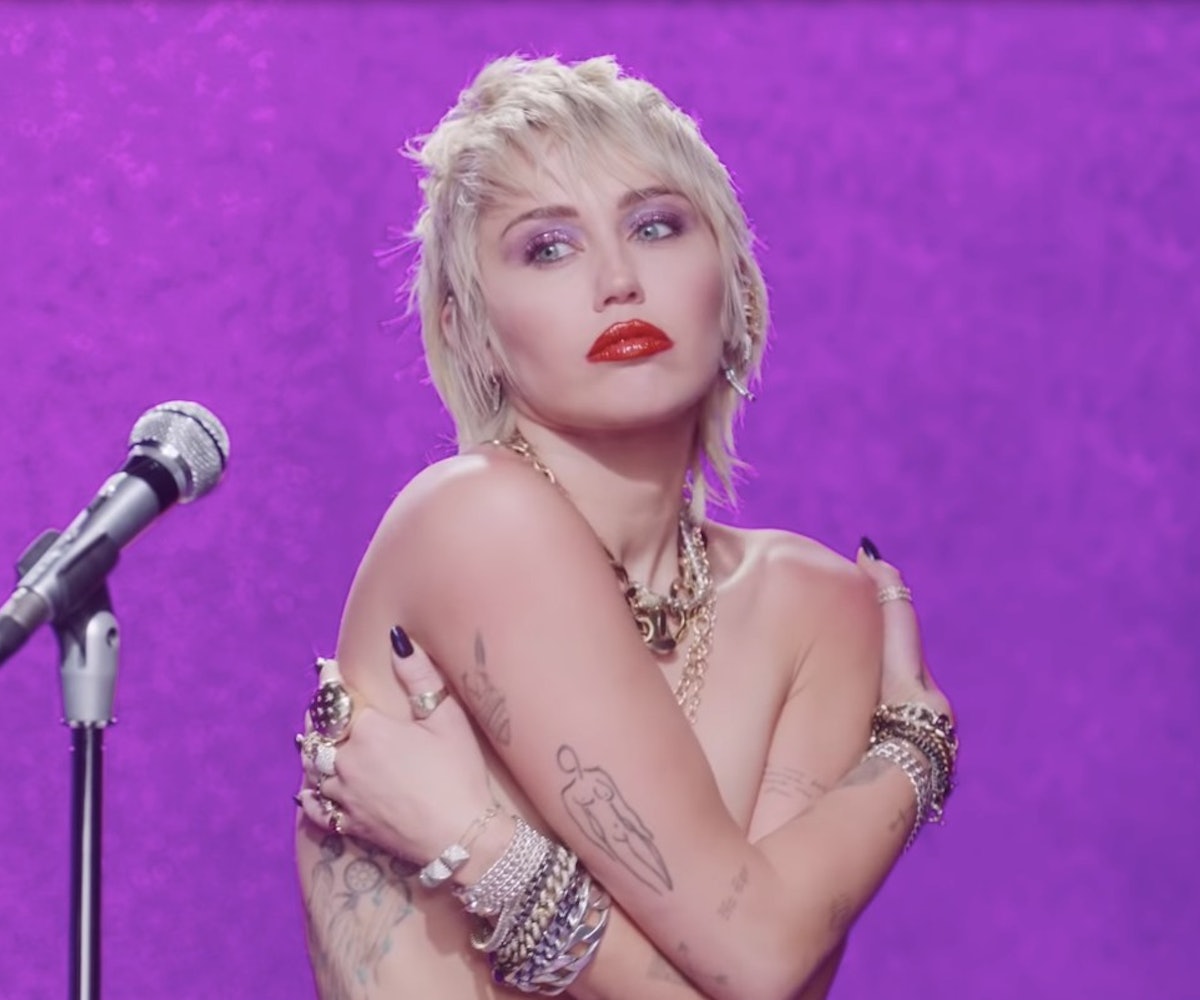 She is coming, and alas, she is finally here. Miley Cyrus has arrived with the first single and video of her next era, "Midnight Sky." Judging by its glitzy and straightforward disco sound, it appears the pop star's next album will jumping on the nostalgic trend that's saturated the projects of her peers including Dua Lipa, The Weeknd, and more. The song's accompanying visual, which finds the pop star throwing an extravagant, disco-themed rager for one, also marks Cyrus' directorial debut.

Over a groovy bass-line and strobing synth, the singer — whose divorce with her on-again-off-again partner Liam Hemsworth was finalized in January 2020 after a short eight month marriage — reclaims her independence, declaring on the hook, "I was born to run, I don't belong to anyone/ Oh no, don't need to be loved by you." Cyrus goes on to prove her point by performing and partying solo in what seems to be a Japanese disco club in the track's self-directed video.

Speaking of the new song in an interview with Zane Lowe on Friday, Cyrus revealed that "Midnight Sky" is one way the singer is now trying to take back control of her narrative. "I felt like my story and my narrative had kind of been told for me over the past year," she tells Lowe. "Obviously, I went through an extremely public breakup and, even more than that, a divorce, and with someone that I had been with for ten years. That narrative and that experience of ten years was told for me by one day from the eyes of a helicopter."

"I felt kind of villainized," she continued. "I also felt like I kind of shut down, because it was kind of, respectfully, below me to engage with the press and the media at that time. It felt like I would rather be able to articulate this experience in a poetic way that also I can put back into my art. I never really have engaged. I've only played with the public and the perception in that way. So for this record, [...] Andrew Watt, my creative partner, came over and played me this track, and I scratched everything and said, "I've got to write this. This is the foundation of which I feel like I can lay my story on top of that.”

Since the beginning of quarantine, Cyrus had been posted up with her new beau Cody Simpson, though a new report from TMZ claims that the two have recently separated. Cyrus' upcoming new project will be her first release since her 2019 EP titled SHE IS COMING.