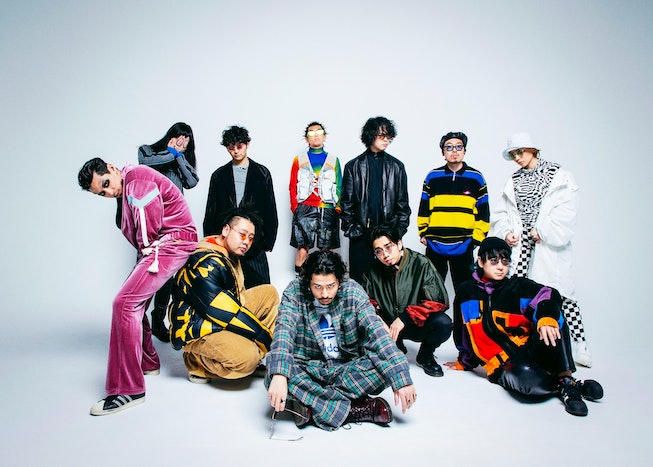 Millennium Parade is a Tokyo-based collective of musicians, film directors, visual effects artists, designers and illustrators. On Thursday, they are exclusively premiering the new video for their song “Trepanation,” a distorted and serrated pop track made all the more memorable by its absolutely gorgeous accompanying animation which brings the tune to life.

The track, featuring the gently warped vocals of Japanese singer Masumi better known as Friday Night Plans, is off the collective’s recently released self-titled debut album. It’s also the official theme song of Netflix’s upcoming horror live-action film Homunculus, an adaptation of the manga of the same name. (The movie will be directed by The Grudge’s Takashi Shimizu.)

Sonically, “Trepanation” is a head-bobbing piece of music, but it’s the visual that really takes our breath away. Directed by collective member Ryoji Yamada, alongside Millennium Parade’s robust team of animators, the video tells the story of a half-built android on an extinct Earth as she tries to attain human consciousness. Visually stunning and clearly meticulously animated, the video is also an absolute trip to watch, its most eye-catching scenes as detailed as gazing into a kaleidoscope’s million refractions.

Collective founder and producer Daiki Tsuneta writes of the video in an email: “I wanted to create something edgy and modern, and I think ‘Trepanation’ is the most stylish song I’ve created thus far. More than anything, I’m excited to see the latest stage of rebellious animator Ryoji Yamada’s work. I hope you enjoy the trip!”

Tsuneta formed Millennium Parade in 2019, their name and creative vision pulling from the Japanese folklore Hyakki Yagyo, or Night Parade of One Hundred Demons. The self-titled debut album was released back in February and full of genre-bending and energetic songs, a sound that they call “Tokyo Chaotic.” Their track “Fly with me” was selected as the theme for Netflix’s Ghost in the Shell: SAC_2045 reboot.