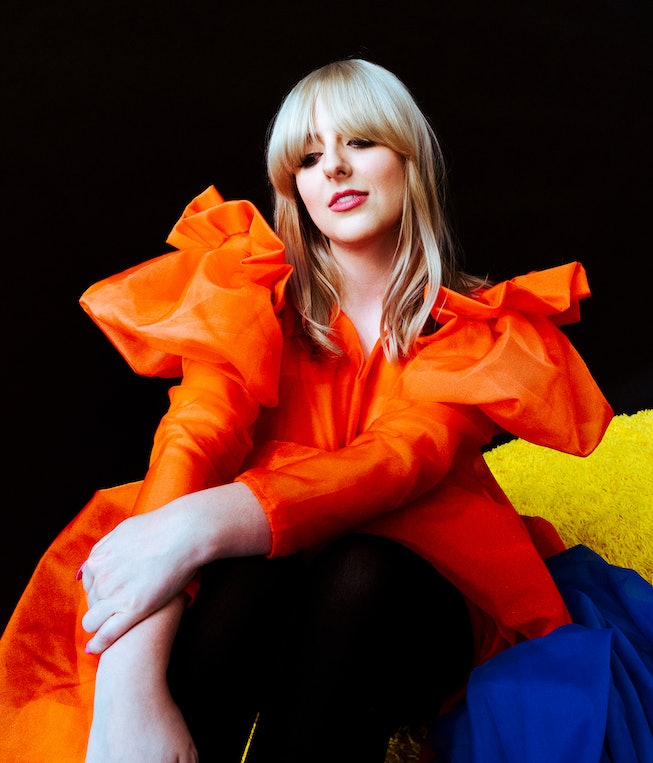 Texas-based artist Molly Burch may be known for her smoky vocals and torch-singer style, but the video for her new song “Took A Minute,” premiering on NYLON below, is all about the camp.

Featuring RuPaul’s Drag Race season eight Miss Congeniality, the one and only Cynthia Lee Fontaine, the fun, feel-good video is a reference-laden trip into a John Waters-esque world. Shot like a sitcom, the Jordan Moser-directed visual shows Burch and Fontaine, the self-proclaimed queen of “cucu,” auditioning for a show by Dailey Toliver — Burch’s guitarist doing a Bob Fosse impression.

“Took A Minute” is off Burch’s upcoming LP, Romantic Images, which focuses on themes of joy and liberation. Just in time for Pride month and the reopening of many cities and towns around the world, Romantic Images was created in collaboration with other female artists and leans more into a classic pop sound than Burch ever has before.

Watch the video for “Took A Minute” below:

Romantic Images is out July 23 via Captured Tracks.

NEXT UP
Entertainment
RM's "Yun" & 9 Other New Songs Out This Week
Entertainment
NYLON's Favorite Albums Of 2022
Entertainment
Caroline Polachek Announces Album ‘Desire, I Want To Turn Into You’
Entertainment
Precious Pepala Is Going From TikTok Covers To Her Own Resonant Songs