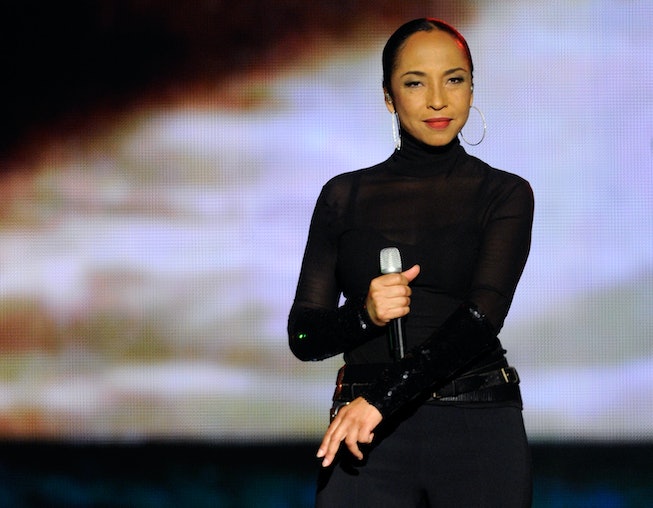 The facility is co-owned by actor Bradd Pitt and music producer, Damien Quintard. Miraval Studios is a part of the Château Miraval, a lush winery and estate that Pitt bought with his former spouse Angelina Jolie in 2012. Last year, Pitt hired Quintard to help rebuild the studio and in an interview with Billboard, he said their goal was to “make a sanctuary for artists to come in and do their thing.”

So far the studio has welcomed Till Lindemann from the German band Rammstein, and, Sade, who was the first artist to use the space. “You could feel the love that she and the band had for this place,” said Quintard. “When we talked to musicians who came here previously, they all have this special connection with Miraval that can’t really be explained,” he continued. “It’s a dream come true to see this place activate again.”

Sade has yet to confirm if and when her band will release new music, but Miraval certainly seems like a good place to whip up something magical. Located nearly eight hours south of France, the private studio is in a secluded area where artists can work in peace.

The singer rose to fame in the 80s after forming the band Sade and releasing their first album, Diamond Life. Over the next two decades their songs “Smooth Operator,” “No Ordinary Love,” and “Your Love is King,” grew immensely popular. Sade, though known as an R&B group, is largely credited with using jazz music to inspire a new sound that influenced the R&B we listen to today. Their last album Soldier of Love was released in 2010.

Since then Sade has remained relatively quiet — aside from the singles “Flower of the Universe” for Ava DuVernay’s Wrinkle in Time soundtrack and “The Big Unknown,” for Steve McQueen’s film, Widows. However, in 2018 Sade member Stuart Matthewman said they had written “a bunch of songs” for an upcoming album. As reported by Pitchfork, Matthewman said, “[Sade’s] not interested in the fame or any of that stuff. She likes to put out art. So when it’s ready it will come out.”

Perhaps their visit to Miraval Studios means we won’t have to wait much longer to see what they all have been working on.