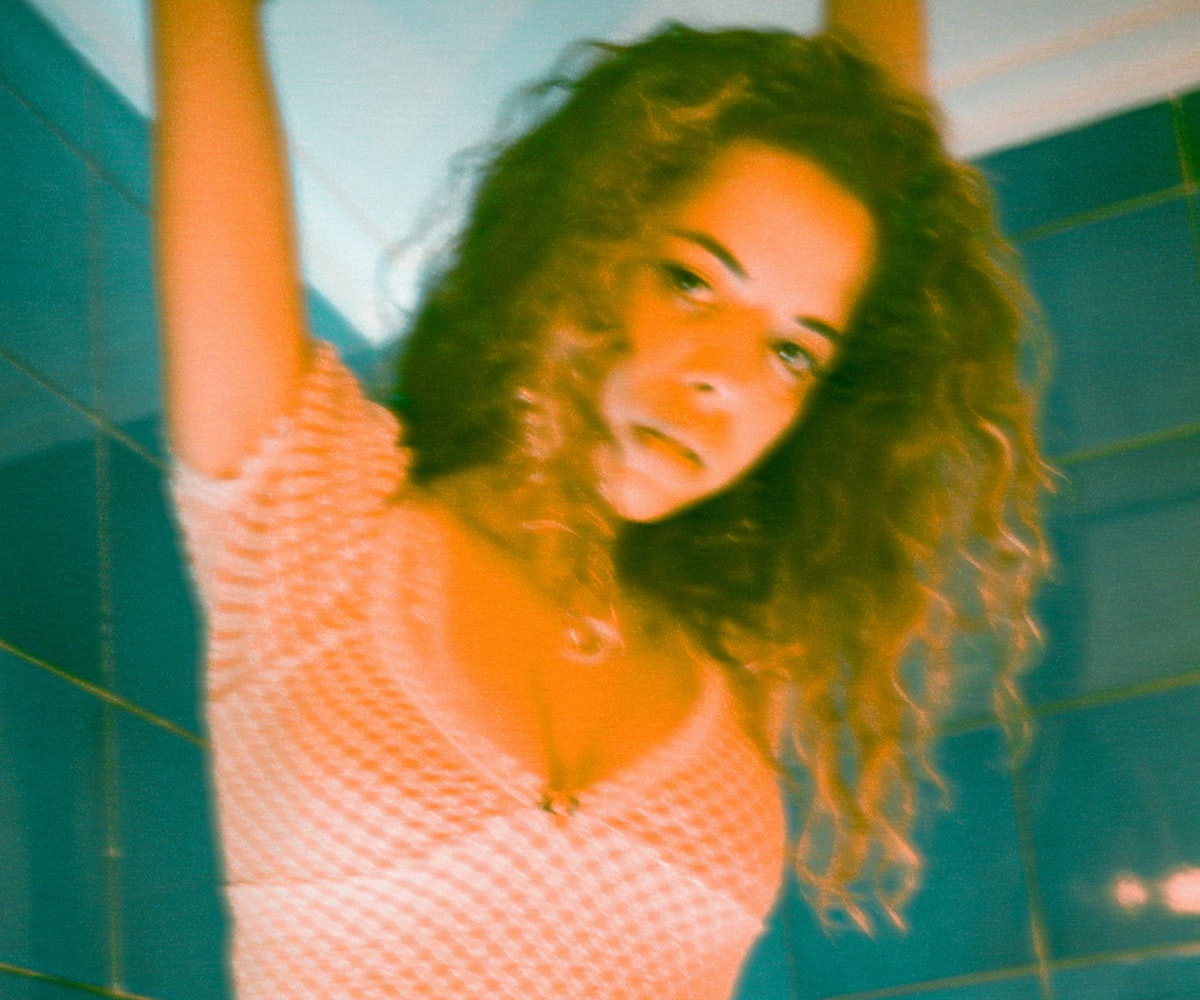 It’s been nearly two years since breakout songwriter and rocker Nilufer Yanya released her debut album, Miss Universe, the project of shreddy guitar songs that formally introduced her distinctive voice to the world. And since, she’s been on tour, and then locked down in her London home, where she’s spent a large part of this year listening to music and “listening to the world.” Now, returning with a new EP called Feeling Lucky?, a three-song parcel that she says has helped her jumpstart thinking about her next album, Yanya is ready to ease herself back into the mix of things.

“Albums are quite daunting to release, and also I think for people to digest as well,” she says over the phone one recent afternoon. “So EPs are kind of... They're quite fun. This is a nice in-between stage to get me back into thinking about, 'Okay, what's the next bigger thing I'm going to release after this?'”

That’s not to say any of these songs are filler. With tracks likes “Crash,” and “Day 7.5093,” Yanya continues to showcase her skill in pairing memorable one-liners that get stuck in your head (“If you ask me one more question, I’m about to crash,” she wails on “Crash”) with equally sharp rock melodies.

Calling in on a dreary November day, the singer plays it all down, referring to the lyrics she scribbles in notebooks or on her phone as " just lines or words that I like." But when she does hit gold, she'll know: "because a good line will look good on your phone."

What made you land on the title, Feeling Lucky?, for these songs? Have you been feeling particularly lucky?

I think with music, there's always an element of luck going on. But I kind of find it an interesting question to ask because it's like asking everyone who sees it, Feeling Lucky?, are you feeling lucky or aren't you? It's a mini evaluation. I think this year definitely, I've had a lot of things to think about in terms of everything. I think when everything stopped as well, I was like, Wow. I was really lucky to have done all the touring I did last year. It's strange, because you don't really think about it in your life unless you're asked about it.

Your debut, Miss Universe came out last year, to really great reviews. Have you found that achievement has affected the way you make songs now?

I think for a while it made me probably more scared in a way, but because everything's virtual, you don't really... Sometimes it just doesn't feel like it's happening. It's like, if you want to go and maybe read some reviews, you could, but unless you go looking for it, you're not going to really bump into it.

I mean, it's nice when people say nice things about your work, definitely. I think when I had it released, I was like, okay, people like it. Most of the time, I'm just being a person, thinking about other things. How I get my own self validation, is through writing and creating and making music. And the album, I was really proud of it, but I wanted... I knew there were some kind of problems with it, from my own perspective.

What kind of problems?

I think there was a lot of stuff in one record, maybe it didn't all need to be there. And then some of the songs, I felt like I was rushing a bit. But not all of them, but just a few. And then maybe, if I was to go back and listen to it, I could definitely be like, whoa, that vocal is out of tune. Whoa, that part's out. But ultimately, it's not for me to enjoy, so that's okay.

Are you happy with these new songs?

I'm really happy with these songs. And it's much easier to be happy with a smaller selection as well. You kind of choose just the best things that you've done this year or that month, so that's so nice.

How has this past year been like for you?

I think I've been fine most of the time. I haven't been very creative, super productive, but most people haven't, so I don't really feel bad about that anymore. It hasn't been hard, but it hasn't been easy just because so much has happened as well, just constantly taking in new information. You're like, Oh my God. But I've done a lot of listening and just sitting back, and I think that's good.

What have you been listening to?

Mostly, I guess, a lot of things like music, but then also books and then just kind of listening to the world. Sorry, that sounds really stupid, but just to what’s happening. I think last year I was just so in my head most of the time. Probably wasn't taking in or wasn't... I mean, I always like to know what's going on, but this time I'm really observing. Really observing.

I think this year has kind of demanded everyone to make some space and truly pay attention to people who aren't themselves. You spoke up about the Black Lives Matter protests going on globally in your NPR Tiny Desk. Is that something that you want to use your platform for in the future?

What you were saying, people's willingness to listen, there was an element of it before when you feel like, if I say this, people are going to think I'm trying to be something I'm not or I'm trying to do something that I'm not qualified to do, or I'm trying to say things I don't have the authority to say. Really, this year has shown me that everyone needs to do that now. It doesn't really matter. You just need to kind of say what you think when you think you need to say it. And yeah, I think it's important. I think last year maybe... I mean, I was promoting the album and just kind of thinking solely about the album, not really much else was going in and out of my world.

You mentioned not feeling creative recently. Have you started thinking about your next album?

I think I've been more creative over the past few weeks. Maybe that's because it's the end of the year and pressure is turning off most things. People are winding things down, so you kind of feel like nobody's watching again, which is nice. Been writing a bit, but I think for the next record, I just want to make sure... Like the EP, I know I really like those songs. I'm really, really confident with them. I would just like the next project to be like that. Maybe I'll just be really, really sure of it before I put it out and not have to have that sigh of relief, that other people like it.

How will you know it's ready?

I think you just know sometimes. I think you get to the point where, if you do much more work on something, you're going to ruin it. Once I get to that point, you know you need to stop and you're like, okay, it's done.