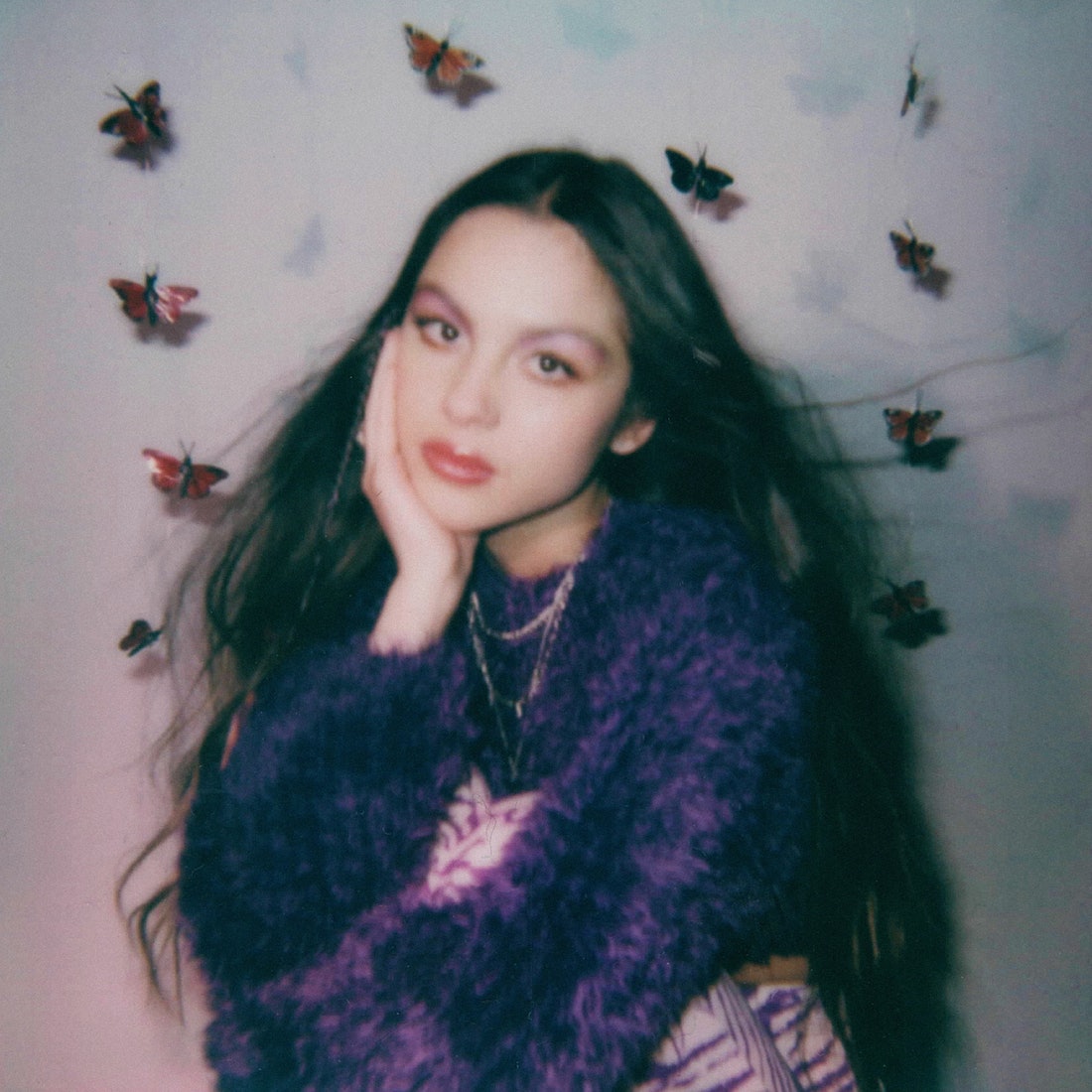 Olivia Rodrigo On 'Drivers License,' Taylor Swift, And What Comes Next

The breakout star of 2021 and songwriter behind "Drivers License" talks her new fame and her future.

Olivia Rodrigo has always had a thing for cars. One of her first memories of singing involves a video of her at 4 years old belting out the chorus to Taylor Swift’s “Picture to Burn”: “I hate the stupid old pickup truck you never let me drive.” From there, the budding songwriter began concocting her own truck-inspired lyrics. “I was making up songs about pickup trucks, even though I had never seen a pickup truck in my life up to that point,” she says.

Thirteen years later, Rodrigo, armed with further automobile exposure and more than a decade of songwriting, kicked off 2021 with a hit song of her own: “Drivers License,” the confessional, heartbreaking pop ballad that went immediately viral and made music history. The song holds the Spotify record for the most single-day streams for a nonholiday song (achieved on its fourth day of release) and the biggest first week for a song on both Spotify and Amazon Music. To date, the TikTok hashtag #DriversLicense has 3.3 billion views (and #driverslicensechallenge has an additional 35.4 million views). Stars like Taylor Swift, Halsey, and Cardi B have all given Rodrigo shoutouts on social media. On Thursday night, she’ll do her first live performance ever as the musical guest on The Tonight Show With Jimmy Fallon. Not bad for a debut single.

“My life has completely shifted within such a short period of time,” Rodrigo, 17, says over Zoom, three weeks after the song’s release. “And yet, everything is the same, and I’m still just spending every day in my room writing songs and doing homework. But it’s really incredible to have all these amazing opportunities and be recognized by people who I’ve looked up to for years. It’s been really surreal.”

Currently in Salt Lake City, where she’s filming the new season of High School Musical: The Musical, Rodrigo has been mostly on set and inside since the “Drivers License” phenomenon took over, meaning she hasn’t had that firsthand “stopped by strangers on the street” level of fame experience. For now, she’s only tasted it online, and ironically, in the safety of her own car. “I went to two drive-throughs since the song came out, and I got recognized at both,” she says. “I was like, ‘Wow, that’s weird.’”

Rodrigo is still getting used to this sort of thing. Hearing about numbers skyrocketing and records being smashed is one thing; experiencing it in the wild is quite another. “Being on the front page of the Arts section in the New York Times was insane,” she says. “It’s crazy when you see all the numbers and all the charts, but in real life…” She trails off, trying to put what is essentially an unprecedented phenomenon into words. “My mom was walking around my neighborhood the other day and a car pulled up next to her while she was waiting to cross the street — the car’s windows were down, and they were blasting ‘Drivers License.’ That’s insane.” For Rodrigo, this is the real sign that she’s “made it": People connecting with her words and the emotions that come with them. “People in the real world, they’re listening to it and loving it. That’s just the stuff that is really surreal to me.”

If “Drivers License” sounds more like a diary excerpt than a pop song, that’s because it kind of is. “[The first line], ‘I got my driver’s license last week,’ is how I opened my diary entry that day,” Rodrigo recalls. Armed with the freedom that comes with this new privilege (a cruel bit of irony worth noting here: Rodrigo actually hates the picture on her license; “I didn’t know that they take the picture when you get your permit. And I rolled out of bed. I did not brush my hair. My eye bags are insane. Do you ever get to retake it?”), Rodrigo did what any heartbroken teen would do: She drove around aimlessly listening to sad music. When she got home, she sat down at her piano and started writing. Thirty minutes later, she had the first verse and chorus of “Drivers License.” At first, she wasn’t sure if it was anything special; then, she started playing it for other people.

First came her best friend — the one who inspired the line “all my friends are tired of hearing how much I miss you/ but I feel sorry for them because they’ll never know you the way that I do.” “Once I played it for her, she was like, ‘Wow. Now I get why you were complaining about him so much.’ I’m like, ‘It took that? OK.’” Her next test subject was someone a bit more stoic and a bit more removed from the fables of teen romance: her dad. “My dad’s the best, but he’s not the most emotional person. When I played this song for him, he started crying.” By then, Rodrigo knew she had something that just might resonate; the success of the song proved she did.

“One of the coolest things about ‘Drivers License’ is I get messages from 45-year-old women who are like, ‘I’ve been married for 20 years, but I love the song so much that it strikes a chord with me,’” she says. (One of those people happens to be her therapist, she notes.) “I get messages from people who are like, ‘I’m going through the exact same thing and this has made me feel so much less alone.’ And I feel like that’s the endgame of all of my songwriting. Somebody even texted me the other day. They’re like, ‘He drives a white car, too. I feel so sane.’ And I’m like, ‘Yes, go on.’”

It’s these types of messages that give Rodrigo the motivation to be painfully honest in her songwriting, no matter how personal the subject matter might be. “It’s a very scary experience being so vulnerable in your songwriting, but I’ve always been that kind of person,” she explains. “I’m a big oversharer in all aspects of my life. But I think the best songs are songs like that. So that’s just kind of something you have to grapple with with being a songwriter; people are going to see the most intense, intimate moments of my life, but that’s what makes it beautiful.” She’s aware that people may draw their own conclusions about who or what certain lyrics are about, but ultimately, that’s out of her hands. “I wrote this song six months ago, and I put it out into the universe and I did everything I could do. What other people say or think about it is completely out of my control. I love the song and that’s all I can control.”

It’s this kind of frank mentality that makes it really no surprise that the singer calls herself “the world’s biggest Swiftie.” She admits to completely freaking out when her idol commented on an Instagram post celebrating the success of “Drivers License.” It’s a high that she’s still riding now. “That shoutout was insane," she says.

For a lot of singers, having this kind of success before your first EP even dropped would send spiraling under the pressure. Rodrigo thought she’d be the same, but instead, she’s feeling more inspired than ever. “I thought I was going to be like, ‘I’m never going to write anything as good as ‘Drivers License.’ Nobody’s going to like it.’ But seeing everyone’s responses to the song had made me more aware of why my songwriting is special and what it is about my songwriting that resonates with people. I actually feel a lot more confident in my writing abilities since ‘Drivers License’ came out.”

As of now, Rodrigo is not sure of her next steps, whether it be an EP or full-fledged album, but rest assured that there’s new music coming soon enough. The singer says she has about eight songs she’s happy with, and in her mind, she already has a vision for her eventual album: “I want it to be super versatile,” she reveals. “My dream is to have it be an intersection between mainstream pop, folk music, and alternative rock. I love the songwriting and the lyricism and the melodies of folk music. I love the tonality of alt-rock. Obviously, I’m obsessed with pop and pop artists. So I’m going to try and take all of my sort of influences and inspirations and kind of make something that I like.”

It’s part of her to-do list for 2021, which is starting to become fairly lengthy. “I’m going to graduate high school hopefully. I think I’m going to move out in 2021, which is a big girl sh*t. Put out more music,” she ticks off. “And yeah, just be a better artist and a better friend. I guess that’s all I can hope for.”

But first, a whole new milestone to celebrate: Later this month, Rodrigo turns 18. “I feel like I’m not prepared for it,” the teenager with the most popular song in the world says. “Eighteen is a big one.”