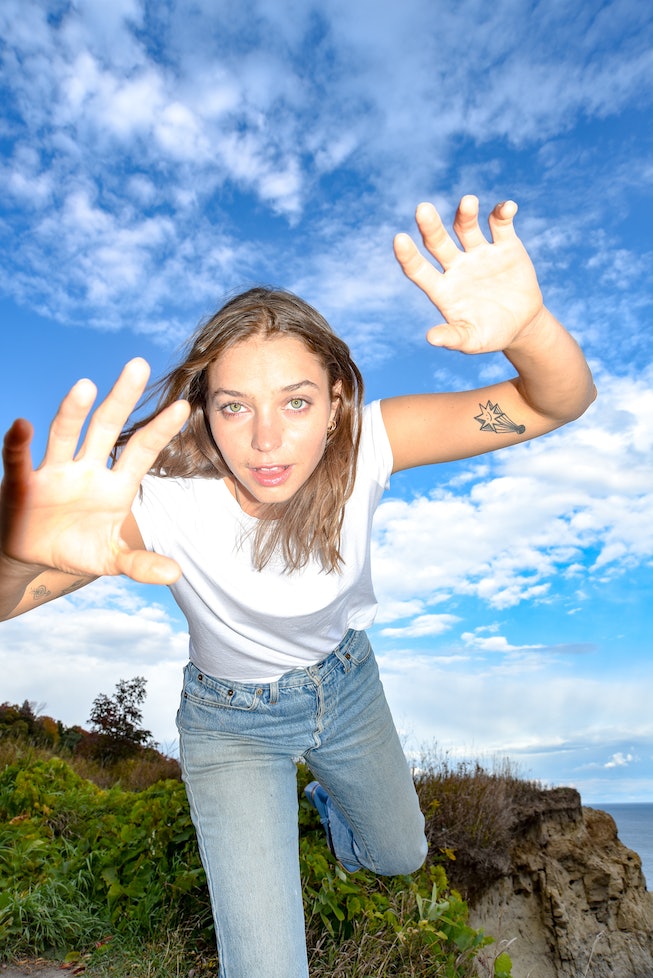 PACKS’ lead singer Madeline Link wrote their new song “Two Hands” during a muddy walk home one day. As she explains it in an email, it was a spontaneous kind of thing, spurred on by “a light, almost delirious feeling in my chest that only stomping around in the mud can bring.” She started humming and the lyrics spilled out: “I pull my pant legs high so I, don’t get caught in the quicksand/ Don’t know the reason why, I feel like I’m wading in some swamp land.”

The Toronto band’s scruffy and bright lo-fi indie rock sounds just as joyously off-the-cuff, like the other members (drummer Shane Hooper, bassist Noah O’Neil, and lead guitarist Dexter Nash) hopped in beside her on her stroll and started jamming along. “Two Hands” is off the group’s forthcoming debut album, take the cake, out on May 21 via Brooklyn’s Fire Talk Records, and NYLON premieres its video below.

In the video, Link, who’s laying face-up on a patch of soil, is getting watered alongside a few flowers planted next to her head. She grins as tries to lip-sync through it, before bounding up and running through her neighborhood. It’s a short two minutes, but contains a burst of easy glee that would pair well with your own daily walk.

“A walk can transform your outlook on life, whether you are enraptured by a sunset full of colors only imagined in cartoons,” Link adds. “You receive a sweet acknowledgement of existence from a stranger, or you get into a yelling match with a raving skeletor.”