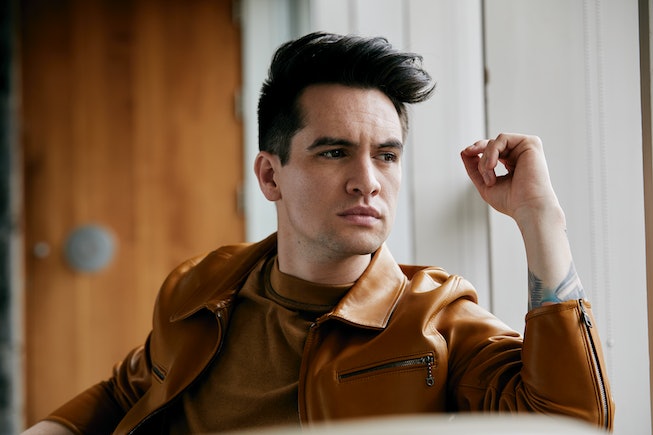 Panic! At The Disco is plotting their comeback — or at least that’s what fans of the emo-rock band think. Over the weekend, a website called “ShutUpAndGoToBed.com” surfaced, and many believe it’s full of clues about the band’s next album.

The website asks users to enter their age and bedtime before calculating a time for them to wake up. It didn’t take long for people to realize that every combination prompts them to rise at “6:01!” Since making the discovery, clever fans have decoded the message and believe the timestamp stands for June 1st. Could this mean we can expect a new single from the Brendon Urie-led group in less than a month? Only time will tell.

Occasionally the website swaps out “6:01!” for “L!LV,” which could mean “5:55” or “Viva! Las Vegas,” in reference to Urie’s, hometown. Though he has not addressed the rumors, his silence is not stopping fans from discussing the exciting clues online.

One Twitter account called @PanicUpdates, posted a photo of the sleep calculator and wrote, “Don’t be a diva, it’s time to be free! Panic! At the Disco’s NEW ERA IS COMING! #ShutUpAndGoToBed.” Their post is slowly picking up traction, and other fans are using the hashtag to discuss their theories.

If they are correct, and Panic! At The Disco is teasing new music, it would mark the band's revival after a four-year hiatus. Their last album Pray for the Wicked dropped to an eager audience in 2018, and as usual, garnered millions of streams. Panic! At The Disco formed in the early aughts, and released their first album in 2005. Since then the band has cycled through various members, but their popular emo-lyrics and revved-up instrumentals have always remained.

If you visit the website you’ll find an audio clip of Urie saying, “shut up and go to bed,” along with a reminder that reads, “don’t forget to set your alarm, so you know when to wake up.” Users are also prompted to provide their email, which may supply updates down the line.