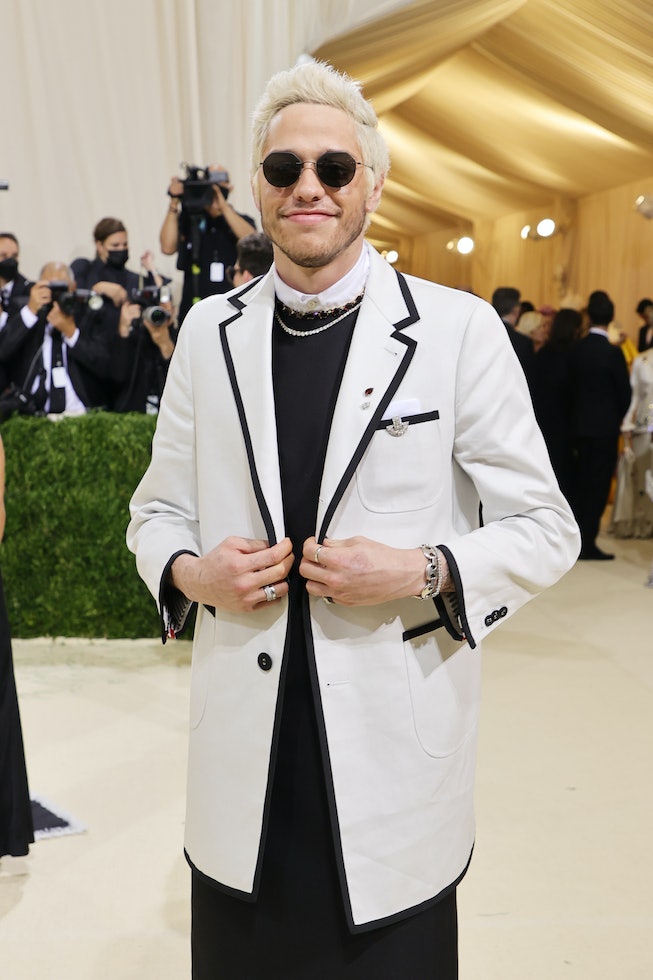 Fashion’s biggest night, the Met Gala, is a night for risks, and Pete Davidson’s has paid off. While he may be known for his laidback vibe and Staten Island style, for tonight’s Gala, Davidson wore an impeccable suit dress made by Thom Browne with custom sunglasses from Silhouette.

Talking to GQ before the event, Davidson said, “If you’re gonna wear a dress, what better way or place to do it than the Met, you know? I’m really excited and really stoked that they thought I could pull this off, which is hilarious.”