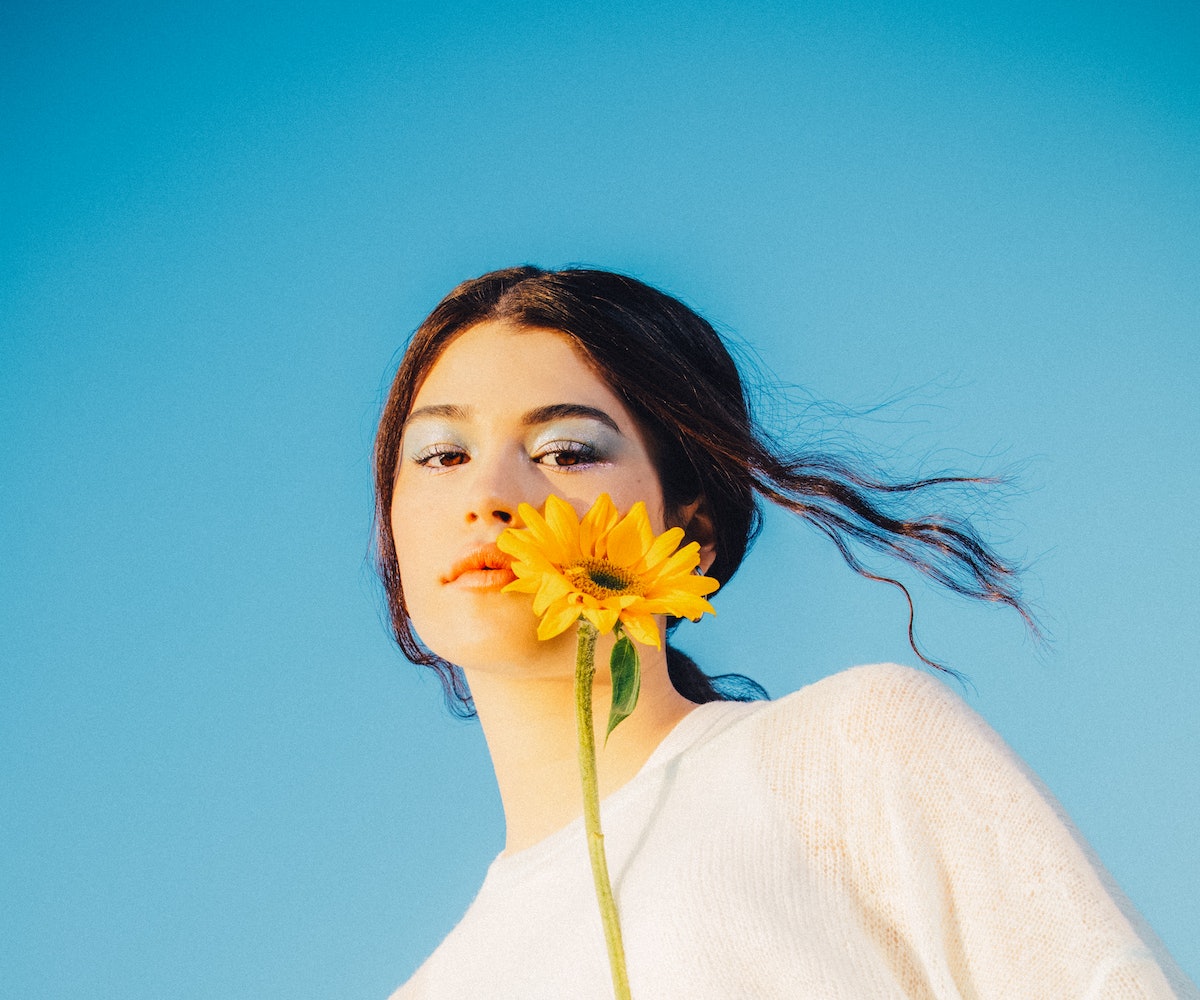 Over the last few years, Los Angeles-based actress Dylan Conrique has made a sizable audience for herself thanks to her role as the tough, but lovable Kayla in the Brat TV teen web series Chicken Girls. Though she's no longer on the show, the 16-year-old creator has since pivoted her talents into writing and releasing music, a process she likens to therapy according to her charming, and self-written Spotify bio. She's now working up to the release of her debut EP, Baby Blue, a collection of relatable pop songs that take a microscope to the small quirks that define every relationship. "On you I wasted makeup, with every tear I've cried," she sings on one of her recent singles.

Conrique's latest release is "Not So Secretly," the video for which NYLON exclusively premieres below. A pop number with a decidedly grungier finish, the track follows her circular thoughts after she ends things with a love interest, perhaps prematurely. "Cuz I'm not so secretly, not so secretly in love with you," she belts on the very sing-a-longable hook. In the accompanying video, shot vlog-style, Conrique keeps coming upon artifacts from a past relationship while packing up for a trip back home.

"'Not So Secretly' was one of my favorite songs to write," Conrique writes in an email. "My co-writer Baddluck and I had been talking about how some time had passed since we both stopped talking to our crushes but how we still had feelings for them. The song ended up being such a fun song to stand on the table and belt out. 'Not So Secretly' is all about those lingering feelings for someone after you’ve called things off.

"Turning the song into a music video was such a fun process because all of the music videos have a connected story. This one is actually pretty heartbreaking because my fans get to see a relationship begin in 'Baby Blue,' see heartbreak in 'Wasted Makeup,' and then get their emotions thrown all over the place in 'Not So Secretly.'"