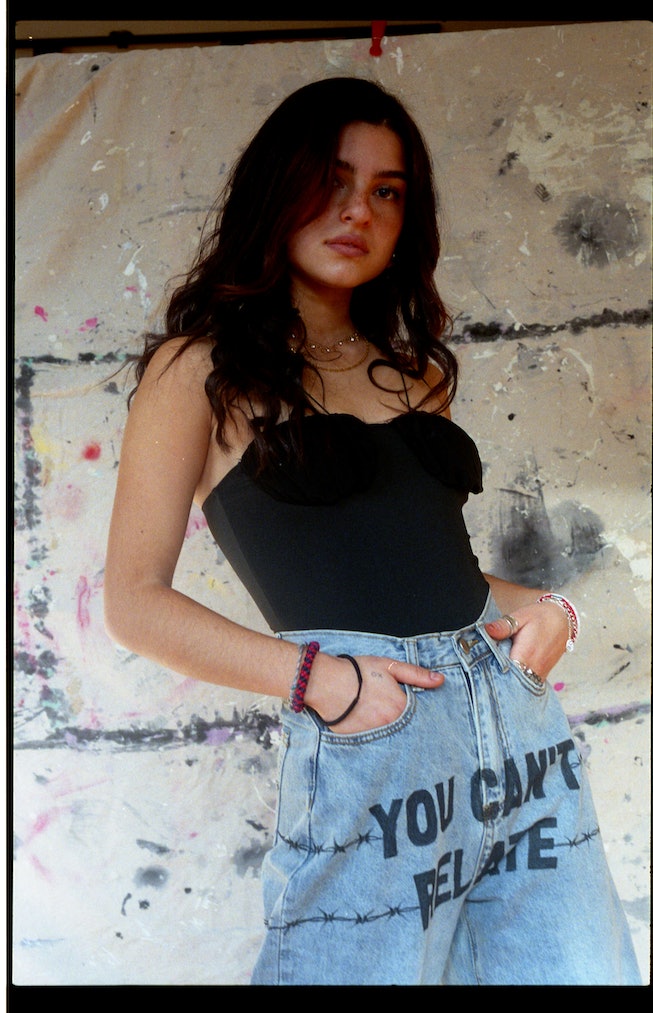 Toronto singer-songwriter renforshort released her debut EP, teenage angst, back in March, and it hits how it sounds: seven potent tracks distilling adolescent turmoil into pop anthems with a gritty punk edge. Standout track "bummer," which explores the spiraling self-loathing that creeps in after too much introspection, feels especially relatable now that there's nothing else to do but stare at the wall and think about (embarrassing) past misdeeds.

Thankfully, renforshort broaches the subject with an endearing self-awareness — a quality that saturates her quarantine-shot music video for the track, which NYLON premieres exclusively below. Filmed in her bedroom, the video finds ren shuffling through different "versions" of herself, singing along in her hairbrush and dancing around in her room. Eventually, she lands on the sentiment that "maybe, I'm like everybody else," which, at the end of a long, hard day, feels like enough.

Of the video, ren writes in an email: "The 'bummer' video was filmed and edited by me (I think that one’s pretty obvious). It’s weird that I filmed this in quarantine because to me, what this song is written about is very similar to my quarantine experience. Being stuck with yourself, it’s hard to be creative and feel motivated to do anything, really, but little things like making this video and having something to direct my time to that’s artistic and fun was really exciting. I think I like this video so much because I could’ve filmed it on a good camera and made everything clean and like a mainstream video, however I wanted it to feel relatable. This is exactly how I used to make little videos when I was younger, on photo booth with iMovie. So simple, but it was my favorite thing to do. So it’s kind of reminiscent of little [ren], which I love, too!"