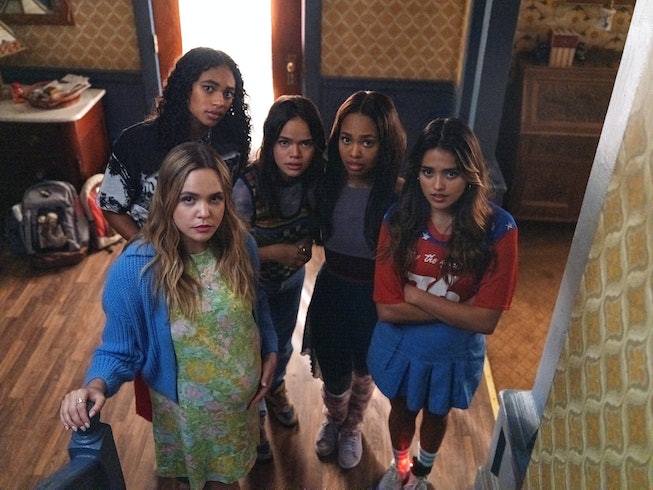 A new trailer for the series dropped Wednesday, and it puts an even creepier spin on the original, which was already veering into slasher territory toward the end of its seven season run (the series finale aired in June 2017). The new teaser begins with someone opening a jewelry box as a sinister music box version of the Pretty Little Liars theme plays. Gloved hands (belonging to A?) then pin photos and a police report to a cork board, as a strange voice whispers the familiar PLL tagline, “Got a secret, can you keep it?”

A 2010 review of the original PLL series by Entertainment Weekly described the show as such: "Imagine the pitch for Liars: It's I Know What You Did Last Summer meets Gossip Girl, but like not so subtle." Given our apparent unquenchable thirst for nostalgia, it seems as good a time as any to bring the show back (two other PLL spinoffs were cancelled after one season).

The spinoff is set a few miles from the original’s Rosewood, in a town called Millwood. Per a logline: Twenty years ago, a series of tragic events almost ripped the blue-collar town of Millwood apart. Now, in present day, a disparate group of teen girls — a brand-new set of Little Liars — find themselves tormented by an unknown Assailant and made to pay for the secret sin committed by their parents two decades ago…as well as their own. In the dark, coming-of-age, horror-tinged drama, we find ourselves miles away from Rosewood, but within the existing Pretty Little Liars universe — in a brand-new town, with a new generation of Little Liars.