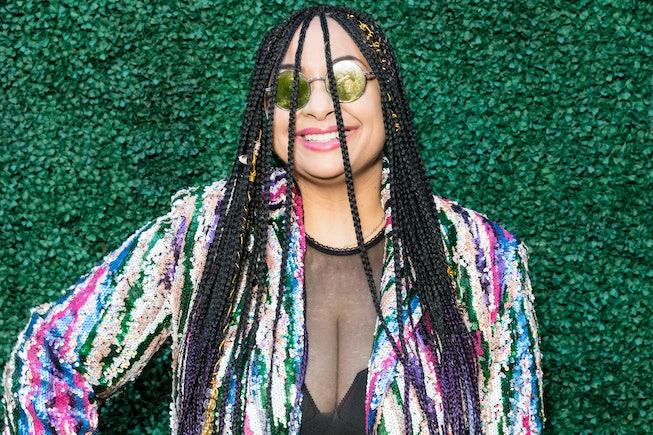 Here's a small piece of joy that happened this week: Raven-Symoné got married! The actress, singer, and former child star announced on Thursday that she finally tied the knot with her girlfriend, Miranda Pearman-Maday.

"I got married to a woman who understands me from trigger to joy, from breakfast to midnight snack, from stage to home," Symoné wrote on Instagram. "I love you Mrs. Pearman-Maday! Let's tear this world a new asshole!!! I's married NOW"

Judging from photos shared to her Instagram, the ceremony was a small and intimate affair, taking place in what looks to be a backyard. The That's So Raven star initially came out in 2013 shortly after the Supreme Court struck down the Defense of Marriage Act. "I can finally get married! Yay government! So proud of you," she wrote in a tweet that's since been deleted.

At the time, she told E! News that she was "very happy" that gay marriage was opening up around the country, and that although she was "not currently getting married," it was "great to know I can now, should I wish to." Given this news, there's surely a joke in there about Symoné seeing into the future. Alas — congrats to the happy couple!

See some photos of their sweet wedding below.