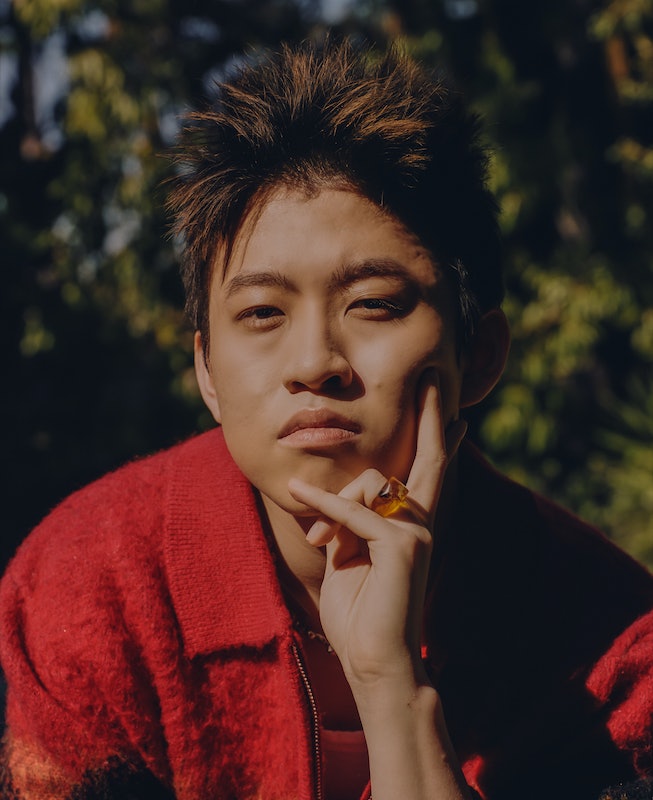 At 22, Rich Brian has seen a lot of firsts. His 2018 album, Amen, became the first project by a solo Asian artist to top the iTunes hip hop chart. In 2019, he was the first Indonesian artist to surpass 10 million monthly listeners on Spotify, a benchmark that puts him on the same plane as Lana Del Rey, Demi Lovato, Rauw Alejandro, and more. Come April, he’ll achieve yet another: Alongside his labelmate and fellow Indonesian peer, NIKI, Brian will be the first Indonesian solo artist to perform at Coachella, underscoring his years-long trajectory to cement his status as a global superstar.

“It’s really crazy,” he says of its significance over a recent call. “I just want to make sure to represent Indonesia the best way that I can and do the best job I can because I know there’s a lot of Indonesian people that are coming to Coachella, and it’s going to be exciting.”

Fame came early to the rapper, born Brian Imanuel. At 16, he broke into the music world from his niche web comedy beginnings with the viral 2016 song, “Dat $tick,” released at the time under a regrettable former stage name. In the years since, a name change, several high-concept rap albums, and the rise of the label and collective, 88rising, to which he’s signed, have propelled Brian to the forefront of a wave of highly visible Asian creators. To his die-hard fans who’ve followed his journey from YouTube to mega festival stages around the world, he’s the jokester who’s proven himself to be just as deft with his pen in the studio as he is with his keen, niche Twitter observations. These days, he’s been trying to explore the domestic side of himself. Content in a committed relationship, he’s adopted a cat and is looking into finally buying a home in Los Angeles.

“I feel like before I was just a 19-year-old, going wherever life takes me. Now I'm just doing chores at home,” he says. “It sounds boring, but it's kind of nice.”

It’s a transition that happened during the pandemic, the hints of which can be found filtered across his latest project and release, Brightside. The four-track EP is one of his most introspective and least embellished to date, filled with tight storytelling, streamlined production, and a foreboding sense that adulthood is finally catching up to him. On scathing opener “New Tooth,” he wonders, “Do I really need a crib on the hills, though?/ It's probably gon' be good for my mental.”

He remarks later on the conflicted closer, “Sunny” — “I'm 22 but feeling 29 and 12 all at the same time” — before closing the track with a biting critique of the LA scene. “I don't like parties in the hills, that shit is too far/ They do more lines than Tarantino movies, acting like they better than me, take your motherf*cking Prada boots off/ Less brain cells than a Whip-it! can, sold a couple Gildan shirts, tell the world he's a business man/ Your shoes are fake and your whip is rented/ It's always sunny in Indo' and lately man I just need a tan.”

“It's just me venting on some songs, and I think most importantly, just rapping, because I feel like people kind of missed that from me,” he says. Its title, Brightside, stems from the emotional turmoil that’s felt across the album, his experience through which he says has helped him become “happier than ever and just more mature.”

In the past, Brian might have chased the lure of LA and viral video appearances, but creating Brightside also helped him focus on the parts of life that are most important to him: “simple things like family and friends” and using his platform to inspire others. At the end of our conversation, he points to his friendship with his labelmate and fellow Indonesian native Warren Hue, 19, who signed to 88rising in 2021 as an example.

“He tells me all the time that I inspired him or I inspired him to start rapping,” he says. “To me that sounds so crazy just because I only started rapping, like, it didn't feel like that long ago. But whenever I'm with Warren, he inspires me a lot. He inspires me to continue and just be better. I think that's a really cool kind of full circle thing.”