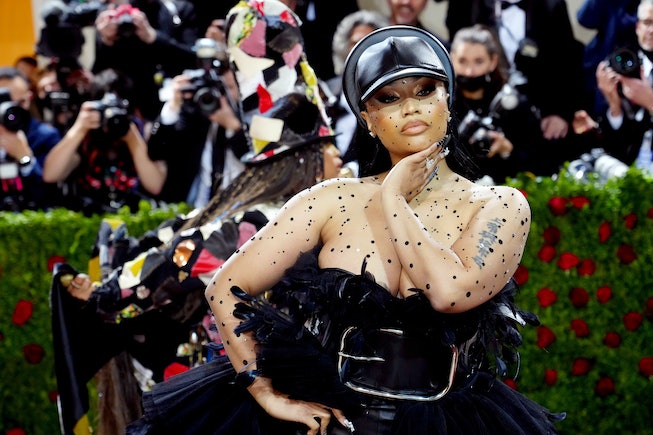 On Tuesday, the Miami-based hip-hop festival unveiled the full lineup for the third iteration of its New York offshoot, and none other than the queen of rap, Nicki Minaj, will be taking the stage come September. A$AP Rocky and Future will join her as the three headliners of the festival, set to take place in fall 2022.

The appearance will mark one of Minaj’s first — if not her first — public performances since she gave birth to her son in 2020. It’ll be a rare appearance in general for Minaj, who in recent years has taken a substantial step back from the spotlight save for the occasional re-emergence to promote features, singles, and other side projects she’s been working on. She last released an album in 2018, Queen, and in 2021 made her first mixtape, Beam Me Up Scotty, available on streaming platforms for the first time. Though Minaj has constantly teased that new music is on the way, there’s been little indication of when it’ll arrive. Perhaps with her upcoming headlining set, Minaj will take the opportunity to finally release something new.

Other than Minaj, Rolling Loud New York will be a showcase of hip-hop’s current generation of talent, with Lil Baby, Lil Uzi Vert, 21 Savage, Yung Lean, Pusha T, and more set to perform.

The festival will take over Citi Field in Queens for three days in September. See below for the everything you need to know about attending Rolling Loud New York 2022, including the exact dates and location, full lineup, and how to snag tickets.

New York’s best will be on full display at Rolling Loud New York 2022.

How to buy tickets to Rolling Loud New York 2022