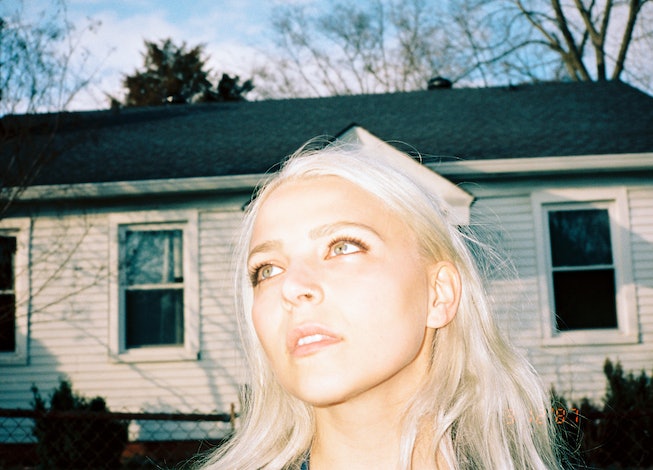 What Savannah Conley’s spare, hushed song “Not Where I’m Going” lacks in instrumentals it makes up for with its walloping waves of emotion. The Nashville singer-songwriter delivers some of the song’s most hair-raising lines in between echoey stretches of silence. On the track, a weary confessional about losing sight of oneself in the rapid wheel of life, Conley searches for salvation in past vices. “Maybe I’ll go back to the city, maybe I’ll find someone with a heart of gold / Maybe I’ll smoke that weed I got for free,” she belts resoundingly on its hook, letting it hang for a moment in silence. It’s a fairly small sentiment, but Conley makes it sound monumental.

“Not Where I’m Going” is off of Conley’s upcoming sophomore EP Surprise, Surprise and now, she shares its accompanying music video exclusively on NYLON. The song continues her streak as a rising and affecting storyteller making lo-fi acoustic guitar songs that she first introduced with her sad and twangy 2018 EP, Twenty-Twenty. In the simple Joey Brodnax-directed video for “Not Where I’m Going,” she performs the song in a sterile white room, amping up the drama with neon lights that flash a different color every time the beat drops.

“When Joey told me the vision he had for this video, it very much encapsulated how I felt about this song as well,” Conley writes via email. “The idea that all of your small choices in your life matter just as much as the big ones, and the fact that each one creates a different outcome in your life is mind blowing. Everyone is constantly building the life they want to live by a series of choices, which is the idea Joey and I built this video on. I’m so happy with how it turned out, and am excited to share it."

Watch below, and look out for Surprise, Surprise arriving April 30 via Empire.

NEXT UP
Culture
Kareem Rahma Survives A Dinner Party From Hell In “Really Rich Parents” Video
Entertainment
Boygenius, LCD Soundsystem & Steve Lacy Are Headlining A Summer Concert Series
Entertainment
19 Niche Music Festivals For Every Type Of Person
Entertainment
Chloe's "Pray It Away" & 9 Other New Songs Out This Week
Style + Culture, delivered straight to your inbox.