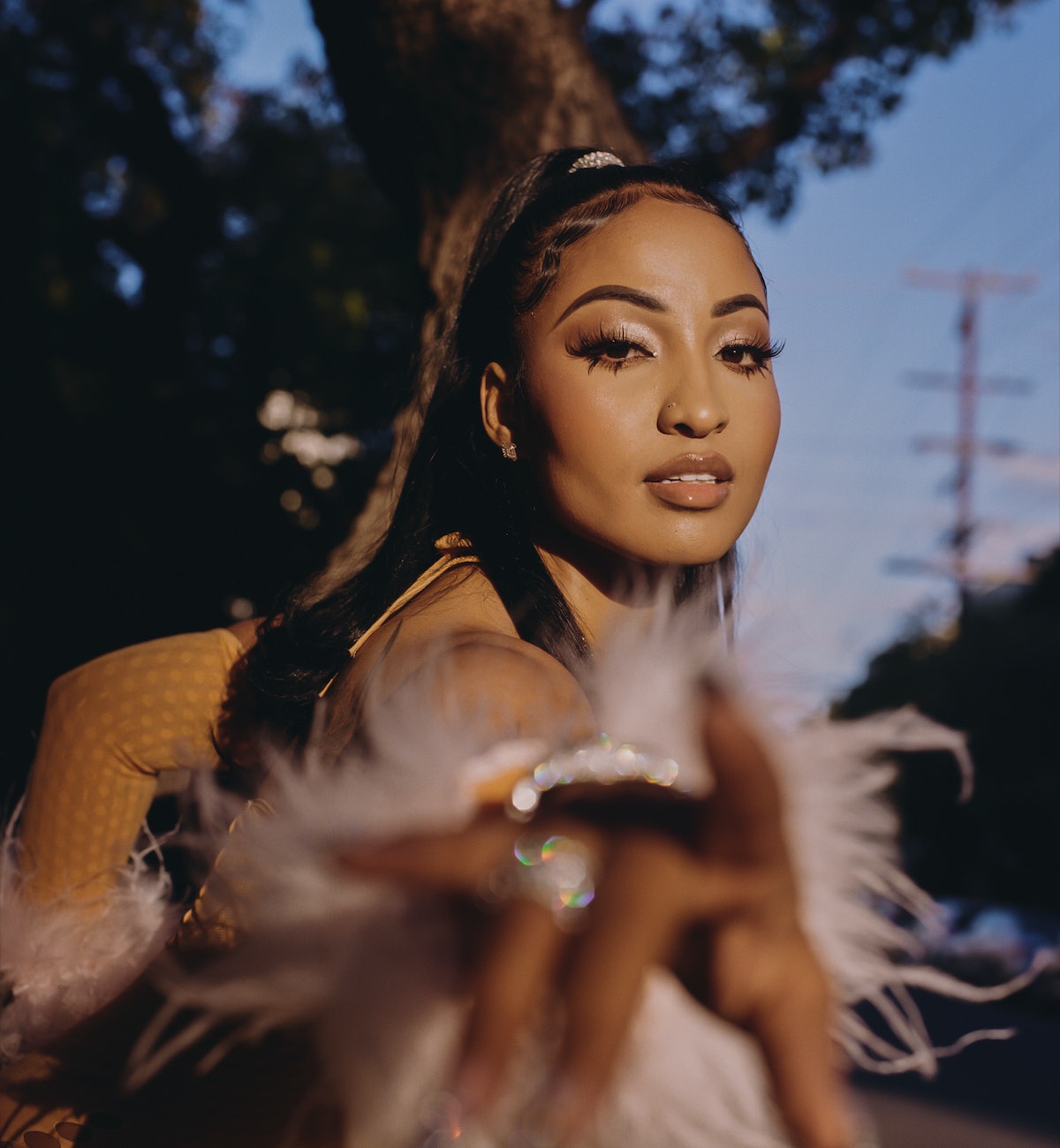 Chinsea Linda Lee, otherwise known by her stage name, Shenseea, isn’t concerned with fame or the glamor that comes with it. She’s too busy building her brand to indulge in the spectacle of it all. “I don't think I'm the person that when this album drops, I'm going to do this big, big celebration,” Shenseea tells NYLON, referring to her debut album, Alpha, one afternoon over Zoom. “I feel like my team is more doing that for me because I'm still focused on what’s next to do, which other song to come up with. Who's the next producer?”

In just a few short years, Shenseea has transformed from a bottle girl, serving drinks in nightclubs while singing covers on the side, into a talented rapper that industry leaders like Kanye West, Nicki Minaj, and Tyga want to work with — all while raising her 6-year-old son, Rajeiro. Now, through sheer grit, the artist has released Alpha to a league of eager fans. “I learned that I’m a workaholic, past what I thought I was,” she says, reflecting on its recording process. “Even up until now, I’m like, ‘Man, I should have added this.’ Or, ‘I should have done another of this.’ I just can’t stop. I feel like I’m addicted at this point. It’s like I can’t rest.”

Born and raised in Kingston, Jamaica, the 25-year-old rapper's music reflects her Caribbean roots. Shenseea’s songs are often classified as dancehall — a reggae-inspired genre that originated in Jamaica — but she’s not keen on labels. “I describe my music as open,” she explains. “As you can hear, I’m versatile and I’ve been touching almost every different genre. Ever since I started my music career I’ve been infusing Dancehall with Soca [afro-caribbean music, with an East Indian influence], all of that.”

Shenseea released one of her earliest popular singles, “Loodi,” in 2016. The high-energy song featured a more traditional Caribbean flair, which led fans to crown her as the “princess of dancehall.” Three years later, her breakout hit “Blessed,” featuring Tyga, established Shenseea as a talented rapper as well with a penchant for clever and raunchy lyrics. Alpha, however, was crafted as a re-introduction, with a mix of 14 tracks intended to prove her skillset is broader than the hits she’s known for. “I want [listeners] to say, ‘Yo, she does this and she does that. Like she’s that artist,’” she says.

Alpha starts off strong with “Target,” a beachy ballad that has a surprisingly love-torn twist. “We never have problem until you start problems/ Out a di box where did you find them/ You try to aim for the bullseye, but you was blinded/ Now you catch feelings, now you reminded,” she sings.

Her mood lifts with the sexy second track, “Can’t Anymore,” on which Shenseea gleefully declares, “Mi want to get nasty.” The fun continues on the cheeky song “R U That,” which runs through a checklist that all her potential suitors must meet — like, lasting all night, being honest, and keeping their hands off her friends. Later, she circles back to a whirlwind romance on “Lying if I Call it Love,” featuring dancehall legend Sean Paul.

Throughout the album's ups and downs, Shenseea maintains her dominance, whether she’s singing about a flakey boyfriend, or delivering a clever rebuttal to someone's request for her “body count.” She fully embodies the album’s title as someone who’s not afraid to express her needs.

Shenseea attributes her confidence to her aunt, who distilled the quality that now defines her as an artist when she was young. “I feel like my aunt really instilled [it] in my head: Be a leader, follow your dreams, listen to yourself,” she says. “There’s no way that you can say anything to me and it dumbs me down because my aunt already told me to be this person, and stand on what I believe in. To be a leader and follow myself, and follow my mind, and my heart. That’s what really helped me be this person that I am today.”