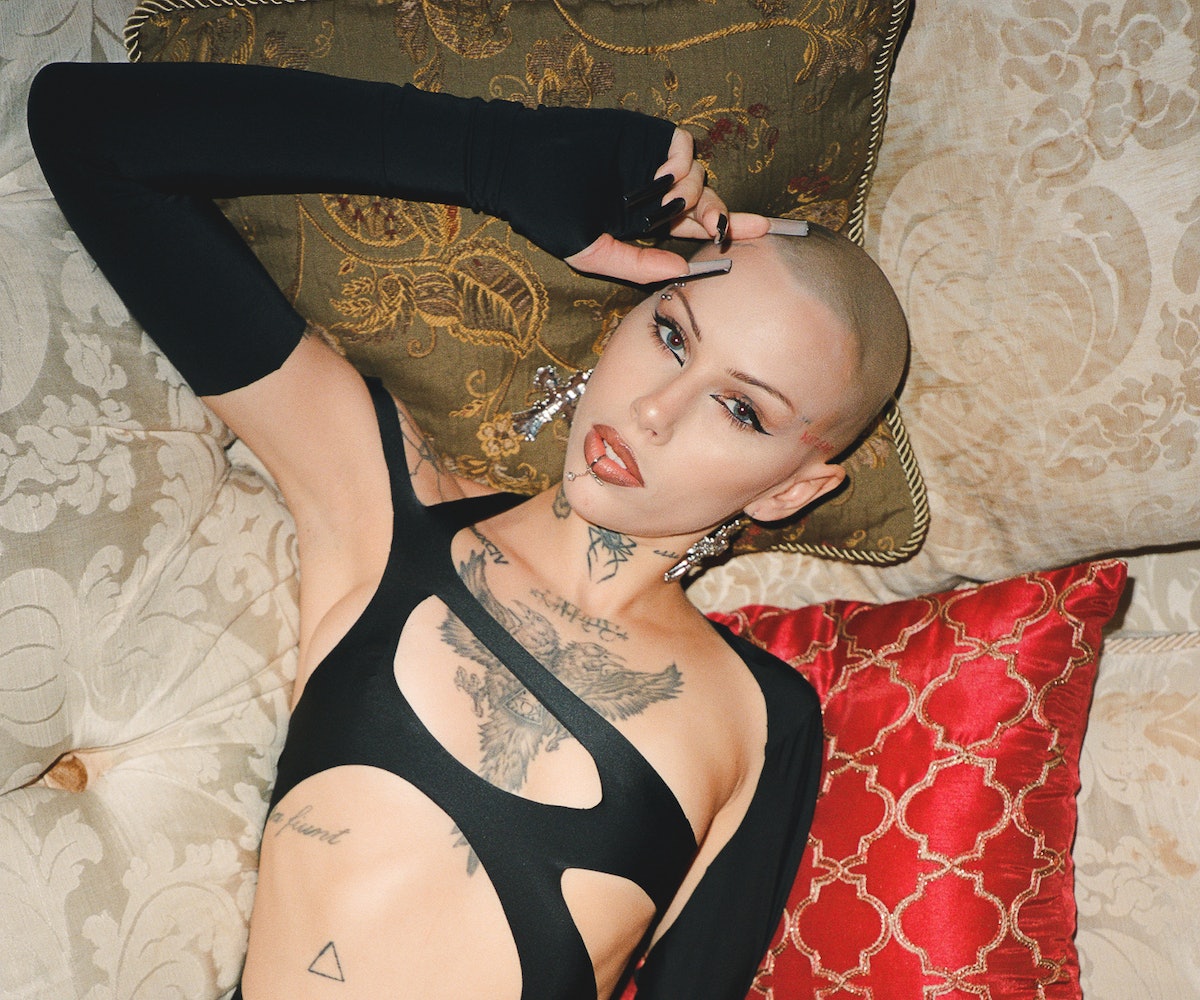 Siiickbrain only began releasing music in 2020, but her list of collaborations is already impressive. Since she put out her debut single “Cigarettes and Cartier” last March, the North Carolina native — model and writer Caroline Miner Smith — has appeared on tracks alongside Skrillex, Rae Sremmurd’s Swae Lee, Russian punk band Pussy Riot, and pop-rocker Maggie Lindemann. Her songs are jagged part-metal, part-hyperpop explosions on which she screams most of her downcast lyrics, like, “I was so thirsty I had to drink gasoline.”

The rising star has now released her newest solo single “Silence,” and is exclusively premiering its accompanying video on NYLON, below. The song, which kicks off as an angsty and tumultuous hyperpop track about the trappings of love, gets amped up several notches during its screamed intermission. “I don’t want to die alone/ Broke my heart I won’t let go,” she yells. If there’s therapy to be had here, it can definitely be found shouting alongside of her.

“While recording this song, I was thinking about how love can make you blind to how toxic a situation can be,” Siiickbrain writes in an email. “The video is based around the idea that in your mind, you see things differently than how they really are when you’re drowning in emotions. For the video, I also wanted it to be really stylized and just lean into the fashion side of things in a really creative way.”

In the Rudeboy-directed video, Siiickbrain slinks around a candle-lit mansion in a black dress, swims in chains, and drips molten red candle wax on body — looking hot all the while. Watch it below.