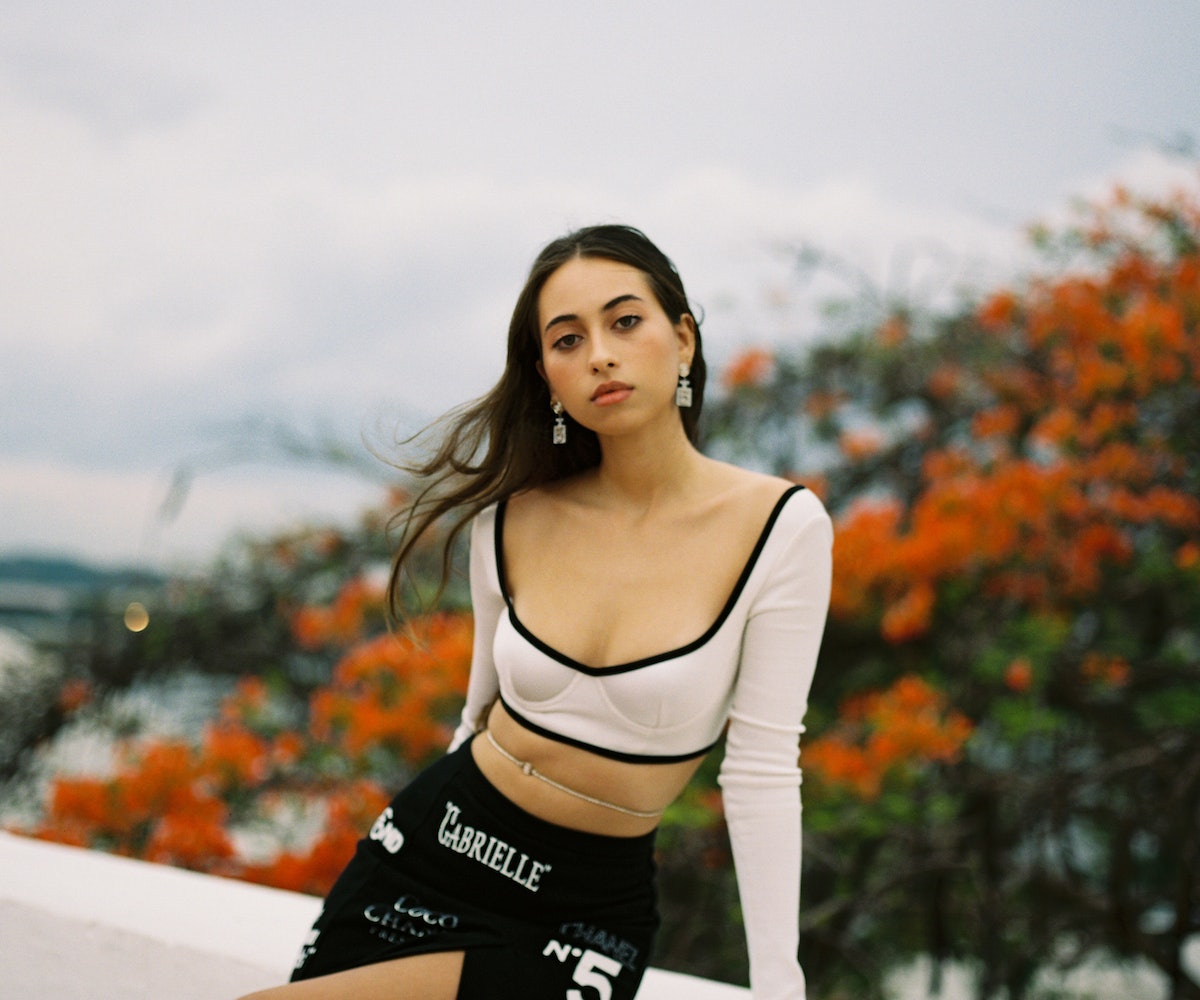 Sofía Valdés released her debut single “Little Did I Know” in September of last year, a pretty guitar song that puts her feather gossamer voice in full, gorgeous focus. It was an enchanting introduction to a string of releases that eventually led to her similarly dreamy debut EP, Ventura, released in February.

For a young songwriter, Valdes, who’s 20, has a wonderfully grounded sonic essence, youthful and quietly assured. A large part may be due to her upbringing, growing up in Panama to a family that was embedded socially, culturally, and even genetically, in music — her great-grandfather was Cuban musician Miguelito Valdés and her great-grandmother was a singer who performed with Louis Armstrong. Valdés began learning guitar at eight years old and started writing her own music at 13; she later left home to attend Michigan’s Interlochen Center for the Arts and moved to Liverpool for college, where she continued to hone her craft.

That’s where the majority of Ventura was written, and when COVID-19 hit, Valdes moved back to Panama to record the songs. Ahead of the release of Ventura’s deluxe version, the songmaker reflects on the record, her Panamanian childhood, the guitar instructor who encouraged her to sing, and relearning to write songs in Spanish.

I grew up going to the beach a lot. That was my safe space. I feel like me and my friends would go together every weekend. I remember thinking every time I was by the ocean and I was just laying in the sand, it made me feel the most calm, peaceful, and disconnected from everything around me. I feel like that sentiment, I've always carried it with me.

My mom and my dad were really into music. My mom was more into acting and stuff, but she was doing a lot of singing here and there and would perform. My dad was a drummer and his family was in the music world, so when I was 8, I started doing guitar and later on when I was 13 started writing my own songs. My parents were really, really supportive since they knew the world already. My mom made a job out of art and my dad's family was able to make a job out of this, so they always let me do my thing.

What kind of music did you listen to growing up?

It's two completely different things. My mom would only blast the Black Eyed Peas and Gwen Stefani and Britney Spears. And then my dad was more into classics, he would listen to the Beatles, a lot of the Beatles. He would listen to a lot of singer-songwriters. I remember him showing me Bob Dylan as well and Norah Jones. But because my mom didn't like my dad's music and my dad didn't like my mom's music, we would only listen to Cuban music. Cuban music was the middle ground.

“The people who are the most supportive of me are always going to be people from Latin America.”

You started playing the guitar when you were eight. Did you teach yourself or were you taking lessons?

I took lessons with this woman, and she's the absolute best. Because I have ADD, ADHD, and I'm dyslexic — I have everything — when I was in school I was talking too much. I was always laughing, grades were horrible. My mom was constantly trying to change me from different schools to figure out a place where I would feel comfortable. So I always felt like a hassle. But then when I started doing music, the teacher, she would let me be. Whenever I would go into the classes, and I would start running around, she would let me do all the things that I needed to do, and I felt so accepted by her. I felt I had such a good association with the guitar that I naturally started loving it.

Have you spoken to her recently?

Yeah, she sent me a really big text the other day and it was paragraphs of how proud she felt, how much she felt like I was able to grow and it's wild because she knew how much I wanted it. To be someone in music at some point.

And she's actually the one who pushed me to sing. I always had this feeling that I could sing but I was really shy. And then she was like, “I'll buy you pizza if you sing this song,” and I started singing. I think my mom was hiding behind and she heard me singing, and she started crying. She was like, "I was so scared you were not going to be good at anything." And it was kind of a joke at my house that at least I could sing and play guitar.

You went to school in Michigan and Liverpool. Did moving around impact the music you were making?

Yeah, I think the melancholy aspect of it, of moving, of leaving people, always not knowing where you're going to go in a year. It was really difficult for me. I grew a lot from it in a really good way and also in other ways that I wish I wouldn't have developed certain things that I have now.

I feel like four years ago, I was always so giving of my love and I was not scared of being myself. I feel like now that I'm older, I'm terrified of it. It's an ongoing thing I'm trying to deal with, and work through to just accept myself. Because being in different countries comes with different cultures. When I got to the US, I wasn't speaking English very well and people would make fun of my English a little bit. That really affected me. Now I speak really good English. You can tell that probably traumatized me, but I kind of miss my accent.

In your music you incorporate Spanish phrases. Is that something you chose to do to feel closer to your heritage?

Definitely. When I first got into the US and this entire accent thing happened, I got so scared that I didn't want anyone to know where I was from. I would hide from the sun because the moment I got into the sun I would suddenly turn way tanner than everyone around me. I dyed my hair a little bit blonde because I was really scared. I think with time, I realized how beautiful my culture is and how proud I want to be of it and I don't want any girl to feel ashamed of where they are.

I've seen how many younger girls in Panama have come up to me, and guys and boys, and even I get messages from girls in Colombia, Costa Rica, Venezuela, and Mexico, and they're like, "I feel so proud of you even though I don't know you, and now I feel I have a chance as well to do something that I love and maybe I can do it, too." That's probably been the most beautiful thing about this. Now that I'm doing music, and I realized I did this entire EP in English, I was like, the people who are the most supportive of me are always going to be people from Latin America. I really want to give something to them that they can sing as well. I asked which was their favorite song on the EP and most of the people in Panama said it was "Amsterdam" so I translated it to Spanish [for Ventura deluxe].

Have you tried writing more songs completely in Spanish?

I have. It's kind of a struggle because I've practiced writing in English; I've read so much poetry, I've studied other songwriters for so long and now I wanna do something in Spanish. But I don't wanna do it half-assed because the Spanish Language is so rich. There are so many words to describe one thing.

I know there are many famous Spanish works where the English translation doesn't do it justice.

Exactly. And that was my fear with "Amsterdam.” That's why I kind of rewrote the story and put a different chorus and stuff because I'm not going to just put out something that I'm not really into. I feel like now, going and working towards wanting to expand my music in Spanish, it has to be right. I want it to be done really, really well and give it the place that it deserves. I feel like people know more of reggaeton and stuff but there's so much more beautiful music in Spanish. There's so much more that people don't know.

Ventura Deluxe is out May 21 via Warner Records.