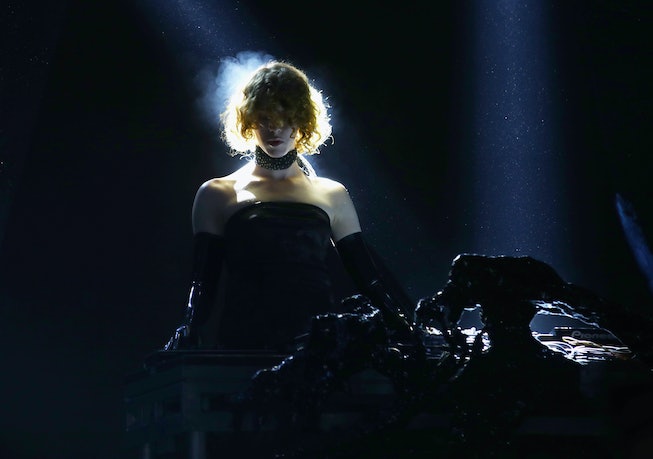 Over the weekend, news broke that influential British producer SOPHIE died in an accidental fall on Saturday morning, January 30. The artist, 34, passed away in Athens, Greece, where she had been living at the time. In a statement, the labels Transgressive and Future Classic wrote: “True to her spirituality she had climbed up to watch the full moon and accidentally slipped and fell. She will always be here with us.”

An immediate outpouring of grief and love from fans all over the world — and from the many artists SOPHIE had worked with — confirm her outsized impact on the music industry, as well as on pop and electronic music as a whole. The producer first broke out with singles like 2013's "Nothing More To Say," "Bipp," and later "Lemonade" and "Hard." SOPHIE has been credited with shifting the direction of electronic music with her distinctive sound and complete commitment to making music that sparks a reaction.

As SOPHIE said in a 2015 Rolling Stone interview with friend and collaborator A.G. Cook, "I think all pop music should be about who can make the loudest, brightest thing. That, to me, is an interesting challenge, musically and artistically. And I think it's a very valid challenge — just as valid as who can be the most raw emotionally. I don't know why that is prioritized by a lot of people as something that's more valuable. The challenge I'm interested in being part of is who can use current technology, current images and people, to make the brightest, most intense, engaging thing."

That unusual approach to production led SOPHIE to work with a wide array of artists, including Vince Staples, Madonna, and prominently Charli XCX. Up until the release of SOPHIE's 2018 proper debut album, Oil of Every Pearl’s Un-Insides, which garnered a Grammy nomination for Best Dance/Electronic Album, the producer's identity had remained largely obscured. But during press for the debut, SOPHIE revealed herself and also came out as trans, quickly cementing her role as an icon in the LGBTQ+ community and beyond.

Since the news of SOPHIE's tragic passing broke, fans and friends have been sharing tributes to and memories of the artist. You can read a collection of them below.

NEXT UP
Entertainment
Rihanna, Mitski, Lady Gaga Nominated For 2023 Oscars
Entertainment
19 Niche Music Festivals For Every Type Of Person
Entertainment
Boygenius, LCD Soundsystem & Steve Lacy Are Headlining A Summer Concert Series
Entertainment
Chloe's "Pray It Away" & 9 Other New Songs Out This Week
Style + Culture, delivered straight to your inbox.