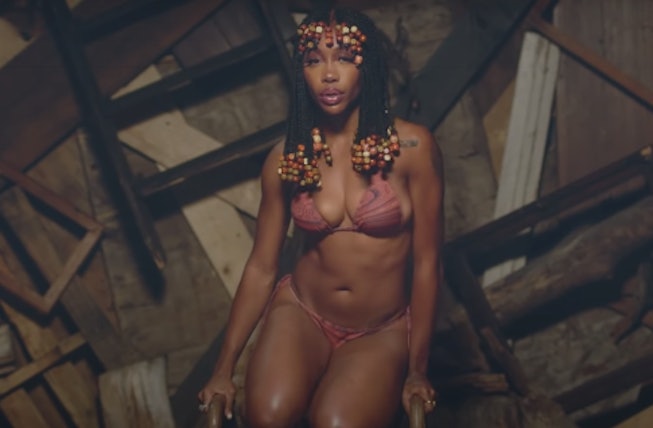 SZA fans have learned to be patient; since her critically-acclaimed debut album CTRL dropped in summer 2017, new songs from the singer have been few and far between (a fact she recently attributed to a "hostile" relationship with her management). But now, just in time for the last days of summer, SZA has shared a brand new song and video, "Hit Different."

The Neptunes-produced song features Ty Dolla $ign and SZA's signature sultry vocals, and the duo opine about a would-be relationship. In the video, directed by SZA herself, the singer and her backup dancers execute choreography in a junkyard full of old cards, rocking crop-tops, baggy pants and tie-dye as they move to perch upon bales of hay.

Sharing the video on Twitter, SZA wrote that there was more "on the way" and thanked her label, TDE for "putting up with her." Watch the video, below: