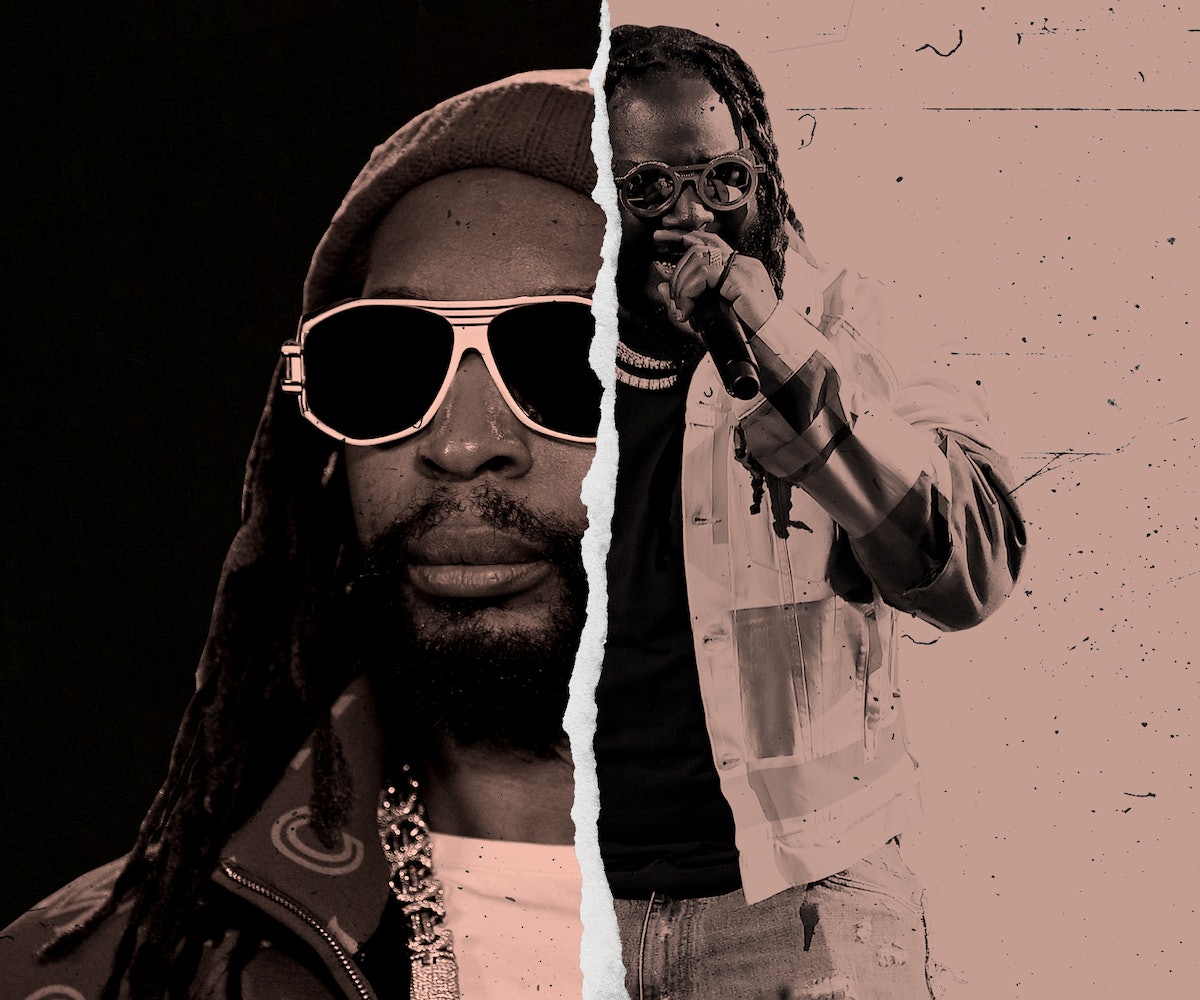 Nostalgia is the only thing keeping many of us afloat right now — just ask any one of the hundreds of thousands of viewers of the Verzuz series.

Over the past month, veteran superproducers Timbaland and Swizz Beatz have used Instagram Live as a musical battleground for the good-natured sake of keeping people entertained. The two came together on March 24 to create Verzuz, a battle of the beats that has resulted in hours of distraction for everyone stuck in quarantine.

The Verzuz bouts have taken on a life of their own, with competitors whose backgrounds range from hip-hop to R&B to pop. Each of the matchups offers up part history lesson, part humanizing perspective of musical greats. Tuning into each installment of the series feels like having an intimate sit-down with the people who provided the soundtracks for many of our memories. The point of the battle is not only to remind viewers of the longevity of popular genre architects, but also to remind us of a different time — a simpler time, a more palatable time. The music played in any given battle could bring back recollections of slow dancing to '80s and '90s R&B or getting buck to crunk music from the 2000s.

The authenticity of the battles is what keeps me coming back; the participants share genuine, in-the-moment interactions, which can be seen as lighthearted shade, mutual respect, or a combination of both. The artists show a side of themselves that the stoicism of celebrity seldom allows. Overall, the Verzuz concept has proven to be positive, constructive, and uplifting, a beautiful thing to experience during a trying time of uncertainty.

“The world is so dark right now,” Timbaland said of the series’ origins in a recent interview with Vibe Magazine. “I woke up one day, just feeling brave. And I called Swizz like, ‘We should do it over IG Live.’ As soon as I said it, we just did it, we just had fun with it. We just gave the world something beautiful for five hours to take their mind off of what’s going on.”

With that mission in mind, Timbaland and Swizz Beatz set a playing field for weeks to come, spinning numerous “classic” records each, and allowing real-time Instagram Live commenters to determine who won the war. (Spoiler alert: Nobody lost because every song was just that fire.)

What they likely didn’t anticipate was the spread of the battle format to other platforms. Instead of keeping the conversation in one contained space, followers of the series have dedicated commentary to one of the most popular forms of social media, the fast-moving Twitter, boosting Verzuz in more arenas than one. The cross-platform success of Verzuz is indicative of the social importance of these battles: While in quarantine, we should be using these standoffs to connect to one another in a meaningful, memorable way.

We can (and should) use Verzuz to fill in the gaps of our musical knowledge; the battles are ultimately about bringing recognition to the people behind the scenes, like songwriters and producers, who often pour their talents into creating material for a bigger name. Boi-1da and Hit-Boy, participants in the second battle, were a prime example of this. While they’re both well-known producers in the hip-hop industry, many outside of the circle of music obsessives don’t know their names, let alone faces, making it difficult to connect the dots of their works. Together, they played hits that many might not have immediately recognized as their material. In this instance and many others, watching the Verzuz battles is an easy way for fans both casual and committed to brush up on the canon while we have so much extra time.

Mannie Fresh versus Scott Storch took the concept to another level, with an expanding audience tuning in to see cemented hip-hop producers take pride in the work they’ve accomplished. While many thought Mannie Fresh would get swept under the rug, the Louisiana beatsmith reminded viewers that he’s not new to this; he’s true to this. His background as the sole producer for many of Cash Money Records’ releases was brought to the forefront, as he played hits like Lil Wayne’s “Go DJ” and the omnipresent “Back That *zz Up” by Juvenile.

Storch, on the other hand, was declared the winner, but played it safe by spinning non-rap tracks like Beyoncé’s “Naughty Girl” and Justin Timberlake’s “Cry Me a River,” on which he was sparsely featured as a songwriter and clavinet player. It was an uneven battle (per Fresh, he thought it was just a rap showing), but it gave both producers a chance to be recognized for songs that changed the course of music and in some cases pop culture. This challenge was key for viewers because it made it extremely difficult for one to discredit the impact that Fresh made on Southern hip-hop and rap writ large, while also demonstrating Storch’s dominant presence in pop, R&B, and hip-hop.

The Verzuz battles have also taken a step outside of hip-hop and R&B: Ryan Tedder and Billy Blanco went round for round in a pop standoff. Still, hip-hop is where the battles began and where the series took off. T-Pain versus Lil Jon resonated with Instagram Live attendees, as each played regional classics as well as mainstream hits. While it’s difficult to say who won, Lil Jon threw us back to better days, with his arsenal of snap and crunk music, then brought us through a haze of *ss-shaking memories by playing his pop hits like “Turn Down for What,” showcasing his versatility as a producer. T-Pain countered by playing his favorite solo songs and features, putting forth a valiant effort while also serving up live versions of his most popular songs. It was a nudging of his listeners, a gentle, “Hey — remember I still can, and always could, really sing.” The two garnered over a quarter of a million views throughout most of the battle, even with them having to adjust and relaunch each hour.

DJ Premier versus RZA inspired a healthy debate on Twitter ahead of the stream, with fans creating their own scorecards for the works of the two revered artists. It was intended to be a ruthless battle of the New York greats, as RZA and Premier are both responsible for crafting some of the most well-known music to come out of the East Coast (we’re talking some of the best beats for the Wu-Tang Clan, and Jay-Z and Biggie, respectively), but the faceoff itself wound up being a perfect mixture of a glo’off and an overflowing fun fact tradeoff. It was a carefully measured lesson for me, someone who grew up largely on West Coast and Southern hip-hop. Anyone who didn’t come up in the '90s or go digging in the past would benefit from sitting down for a couple of hours and watching two greats drop gems about not only the impact of their own work but one another’s.

The latest battle, Teddy Riley versus Babyface, was initially set to take place Saturday, April 18, and was expected to be an epic R&B battle. But technical difficulties mired the battle before it began. The mishaps made for pure comedy in the Instagram Live comments section, and the conversation carried over to Twitter, where it didn’t take long for the memes to start flying. The two rescheduled for Monday, April 20, and each party was technically more prepared, with both legends playing dozens of hit songs. Teddy Riley’s role as the chief innovator of New Jack Swing, and Babyface, with his seemingly endless scroll of R&B songwriting/producing credits, finally came together to give viewers a party. Upon the first second of each song playing, my R&B expert of a sister would throw her arms up, yell “ayeee!” and proceed to dance her heart out. The patience and grace the competitors extended to one another was only matched by the humor that arose when they just couldn’t figure out the pesky Instagram joint hosting tool; when they did get it together, they reached more than 500,000 viewers, the most of any battle so far. That number speaks directly to the growing popularity of the series, and could set the scene for bigger names to come.

Some musical giants have yet to make it to the IG stage: Kanye West and the Neptunes (Pharrell Williams and Chad Hugo) are two production and artistic greats who fans, including Timbaland, have thrown into the digital gauntlet. A Diddy versus Dr. Dre battle has also been rumored to be brewing. Only time will tell if they choose to level up and participate for a world of fans longing for a nostalgic experience, made fresh and new.

As music consumers, especially in the midst of madness, we want to give artists their flowers while they’re here. And the Verzuz series is the perfect way to do that. While the entry requirements dictate that each artist must have 20 “classics” to play, there are countless creatives — women included — who fit that bill. The coming weeks (and possibly months) will put people on display who may have never had a chance to receive their flowers. That’s ultimately what Verzuz is all about.