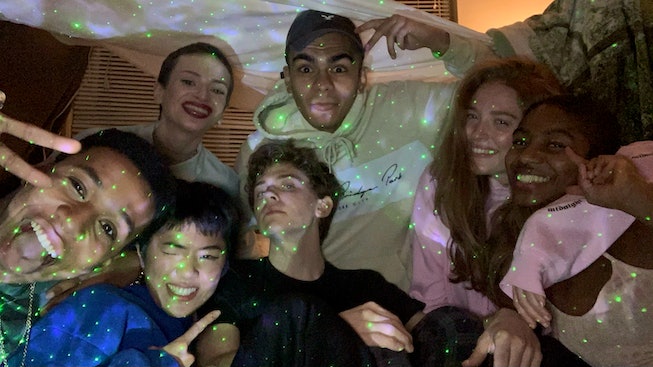 If you’re looking for something spooky to stream this Halloween, look no further than Netflix’s The Midnight Club. The horror-mystery show debuted earlier this month to rave reviews — and a world record. The first episode of the series broke the Guinness World Record for the most scripted jump-scares in a single episode of television. Here, actress Larsen Thompson proves that the cast had just as much fun making the scares as the horror-lovers had watching them, with some exclusive BTS photos.