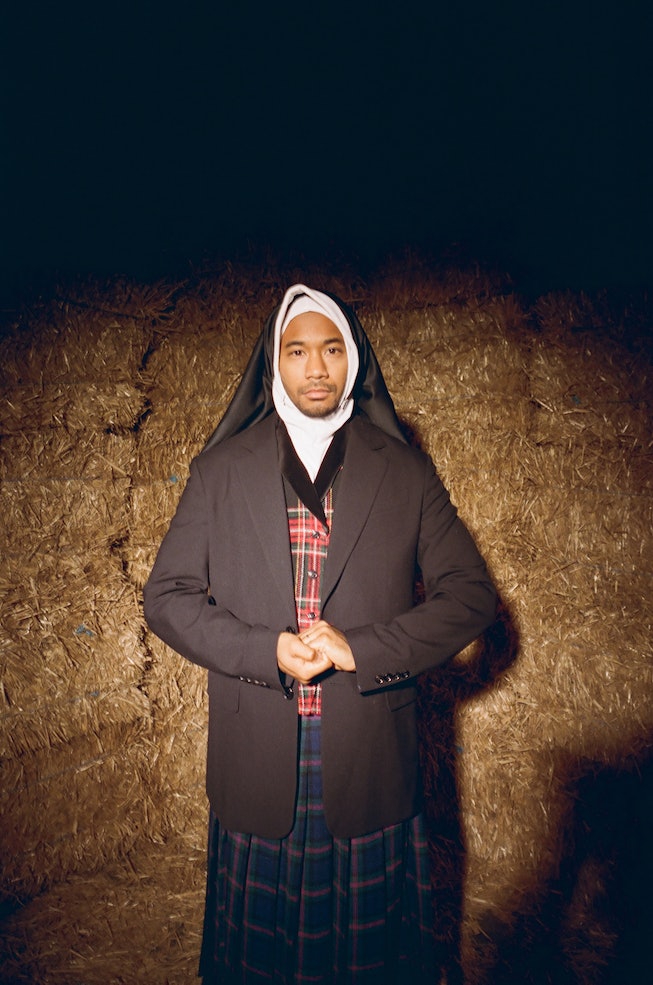 In “Déjà Vu,” Toro Y Moi’s latest music video, you don’t get the sense you’ve already been anywhere close to where the video takes you. Rather, Chaz Bear lulls you into a peace that, lately, too often feels out of reach, with a surrealist dreamscape visual that lets you escape the world for a minute.

The music video for “Déjà Vu” arrives in advance of Tory Y Moi’s forthcoming album Mahal, out on Dead Oceans on April 29. It’s Bear’s first album since 2019 and his first on the label.

Filmed at a barn and around the town of Wassaic in upstate New York, the video shows Bear as different characters, perhaps parts of himself, wearing everything from a muscle suit to a nun’s habit (as beautifully styled by Gia Seo) — evoking a sense of the psychological. Many of the shots are dramatically lit, with Bear in a single spotlight. Combined with the use of Steadicam, it offers a POV that gives the unsteady quality of making you feel like you’re in a dream. It’s not dissimilar to the iconic shots of the boardwalk dream sequences of The Sopranos, where the entire world is a little off-kilter, as Bear croons, “Deja vu in a town like this/ Only simply makes me miss/ Everything all about you/ Everything that we would do,” with a relaxed rasp.

Behind-the-scenes shots from the making of “Deja Vu.”

As the video progresses, we find Bear wearing red latex gloves sitting in the back of a white limousine filled with chickens, a shot that may as well be straight out of a Kubrick film. It is here where the real deja vu sets in, as we see grainy footage of his life on tour, including sights like the Depression-era Dinosaur Park in South Dakota and Seattle’s famous gum wall, only to find Bear back in the limo reading a newspaper about himself.

“In this folk horror dreamscape we see Chaz step through a darkened limousine door into a rabbit hole of past memories and personas,” says director Justin Morris. “The cast of characters (all played by Chaz) are introduced in glimpses, each occupying their respective vignettes, finding their own moments of resolve.”

Mahal is out on April 29. In the meantime, you can watch “Déjà Vu” below.