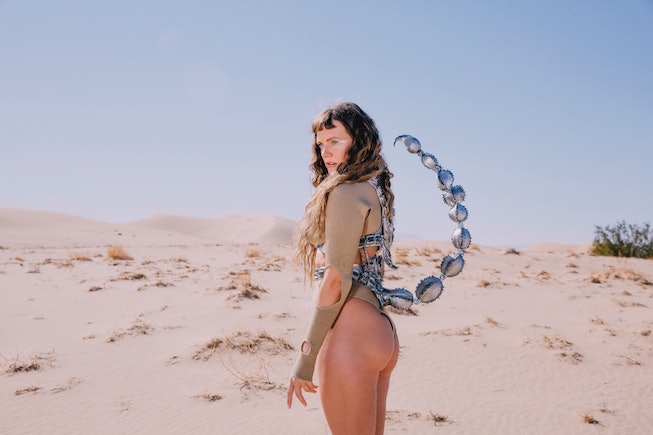 Get your glitter and dancing shoes ready because Tove Lo is coming to a city near you. The Swedish singer just announced her next tour with locations spanning across North America and Europe.

The singer’s Dirt Femme Tour will kick off with performances across Europe and the UK this fall, then in February of 2023, she’ll take the show to North America. The run of dates is in support of her forthcoming fifth studio album, Dirt Femme, out October 14, 2022, via her own record label, Pretty Swede Records.

Announcing the tour on Instagram, the singer is already teasing an unforgettable show. “Prepare yourselves mentally and physically (learn all the words to new songs, cry and dance at the same time, make out with people, etc),” she wrote. Left-field pop singer Slayyyter will also join Tove Lo on the tour as the opener for North American dates, so there will be extra chaotic pop goodness to look forward to.

Below we’ve rounded up everything you need to know about the Dirt Femme experience — including the tour dates, her opening act, and instructions on how to get tickets.

Where is Tove Lo Performing?

Tove Lo’s ‘Dirt Femme’ Tour has stops scheduled throughout North America and Europe. The first leg of shows will begin on October 29 at the Olympia Theater in Dublin Ireland. Then, after a brief hiatus, the second half of the tour will start on February 6th at the Ryman Auditorium in Nashville, Tennessee. Her last show will take place on March 2nd at The Wiltern in Los Angeles, California. See below for the full tour schedule.

Who is Opening for the Tove Lo Dirt Femme Tour?

Slayyyter is joining Tove Lo on tour as her opening act. The California-based singer who began her career on Soundcloud is best known for her songs “Mine,” “Daddy AF,” and “Hello Kitty,” which all have an electronic-pop flair.

How Do I Buy Tickets to Tove Lo’s Dirt Femme Tour?

You can purchase tickets for the Dirt Femme Tour on Tove Lo’s website. Tickets for the European and U.K. shows are currently on sale, and tickets for the North American shows will be available on Friday, October 7 at 10 a.m. local time.