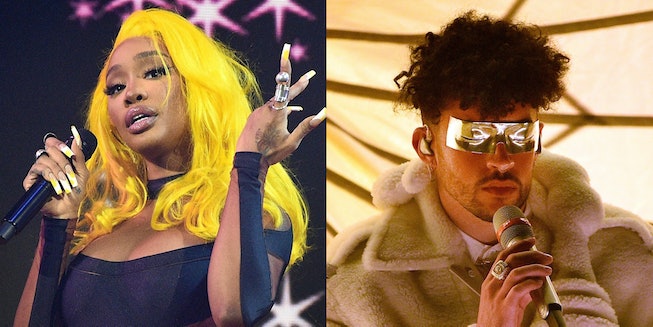 Ever the dramatist, Scott waited until nearly the last second to announce the festival’s lineup as the event starts in mere days: on November 5-6. Tickets for the event were largely sold out by April 30 about half an hour after Scott announced the return of Astroworld after its cancellation in 2020. However, in celebration of the lineup unveil, Scott has now released a second very-limited batch of two-day general admission passes starting at $349.99 via Astroworld’s website — it’s a hefty price but it’s still expected to sell out quick.

Scott will once again be performing as the event’s headliner as he did in its last iterations in 2019 and 2018. The rapper held the inaugural event in 2018 at NRG Park in Houston, the same site where the city’s former Six Flags Amusement Park used to be, in an attempt to bring back the nostalgia and spirit he experienced visiting that Six Flags years ago.

The creative theme for this year’s festival is “Open Your Eyes To A Whole New Universe.”

Find out everything you need to know about attending Astroworld 2021 from the full lineup to how to buy tickets, below.

How to buy Astroworld 2021 Tickets

Although most tickets to Astroworld 2021 were sold out in April 2021, Scott released a limited number of two-day general admission tickets for the event on Tuesday which are on sale now at AstroworldFest.com, until supplies last of course.