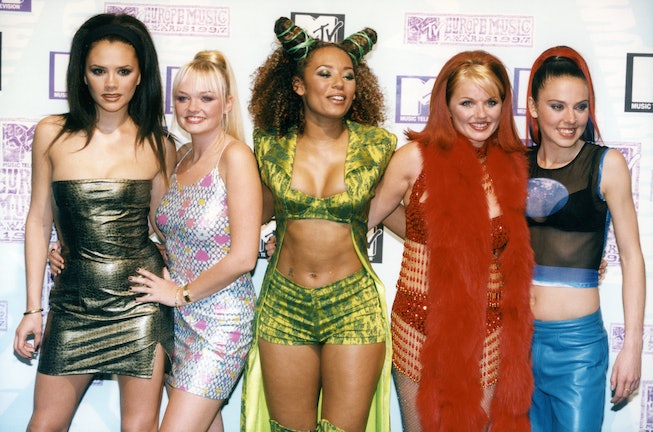 Have you ever wondered how The Spice Girls became The Spice Girls? If so, you’re in luck. A new documentary about their meteoric rise to fame is reportedly in the works.

The project comes from the creative minds behind Netflix’s The Last Dance, which chronicled basketball player Michael Jordan's impressive career as well as the story of the Chicago Bulls’ cultural impact. The Spice Girls, like Jordan, became wildly popular during their heyday and crafted a long-lasting legacy for themselves that is still revered.

The London-based girl group was formed in 1994 and dominated the pop charts for years. Their debut single “Wannabe” went number one in 37 countries which established them as a global sensation. In the years following they maintained that momentum, crafting three studio albums and selling over 100 million records.

In an interview on Australian TV, Mel B expressed her excitement to be working with the creators of The Last Dance to tell their story. “The director and the whole concept of how that was shot and filmed is really, really, really, good,” she said. “So we’ll be doing our own version with them.”

All five members — Victoria Beckham, Emma Bunton, Melanie C, Mel B, and Geri Halliwell — have reportedly signed on to appear in the project, which will include exclusive interviews and anecdotes about their experience working together. Though the production details are still largely under-wraps, Mel B gave a preview of the types of stories we may hear on the show. “The rap in Wannabe video, I actually wrote on the toilet while the other girls were doing the vocals,” she revealed.

The rapper also explained how their music has withstood the test of time, sharing feedback from her own children. “My kids go, ‘Mummy, your music has come full circle,’ and I’m thinking, ‘Ooh they’re going to compliment me,’” she said. “Then I get told, ‘It’s come full circle because now you’re just vintage,’ Old but good.”

The Spice Girls documentary does not have a release date yet, but the megastars are suspected to be working on another project in the meantime. If the rumors are true, The Spice Girls will headline the 2023 Glastonbury Music Festival in England.

NEXT UP
Culture
Spice Girls May Reunite For King Charles’ Coronation
A Night Out
A Night Out With Rachel Bilson
Entertainment
Gracie Abrams & Gia Coppola On The Joy Of Free-Flowing Collaboration
Culture
6 Shows To Binge Once You've Finished 'The White Lotus'
Style + Culture, delivered straight to your inbox.