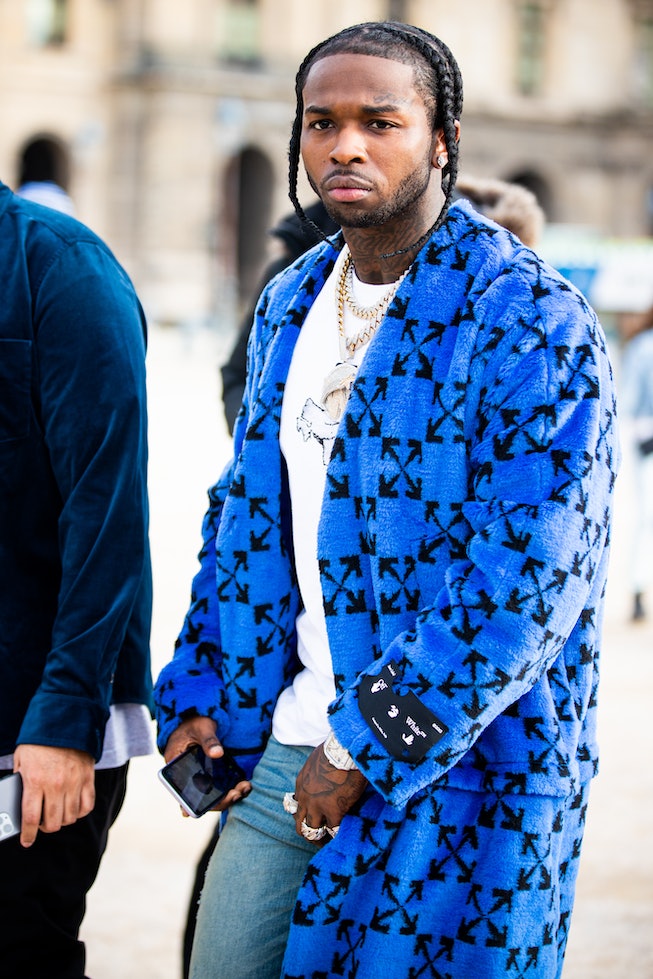 Virgil Abloh is back in the news again for doing, well, the least. The designer had been tapped to create the cover art for Pop Smoke's posthumous album, which was met with swift backlash from fans.

"This album cover was one of like 5 things we talked about. He mentioned his story felt like the metaphor of a rose & thorns growing from concrete of of his hood in Canarsie, Brooklyn," Abloh wrote in a now-deleted post on Instagram. "In your memory I just finished it yesterday. As evident of the whole idea, the T-shirt insinuates it's mandatory we put an and to this cycle of violence that plagues us, we need to shoot for the moon & aim for the stars. As heavy as it is we are celebrating your life the whole way thru. ⁣⁣Rest in peace young one.⁣ ⁣- signed Louis Vee, Louis Vee."

Label executive Steven Victor quickly followed up on Twitter saying that the cover art would be changed since "Pop would listen to his fans."

"As Pop's label & as his friends/family, it is our obligation to bring his vision to life. He wanted Virgil to lead creative, we fulfilled his wishes however, unfortunately, he's not here to give his final approval his fans, are," Victor explained on Instagram. "You know why you love Pop your voices are loud and clear he loved his fans and listened to his fans Pop and us at Victor Victor h e a r d you l o u d and clear - changes will be made see you July 3rd 2020."

Check out some of the criticism from Twitter, below.